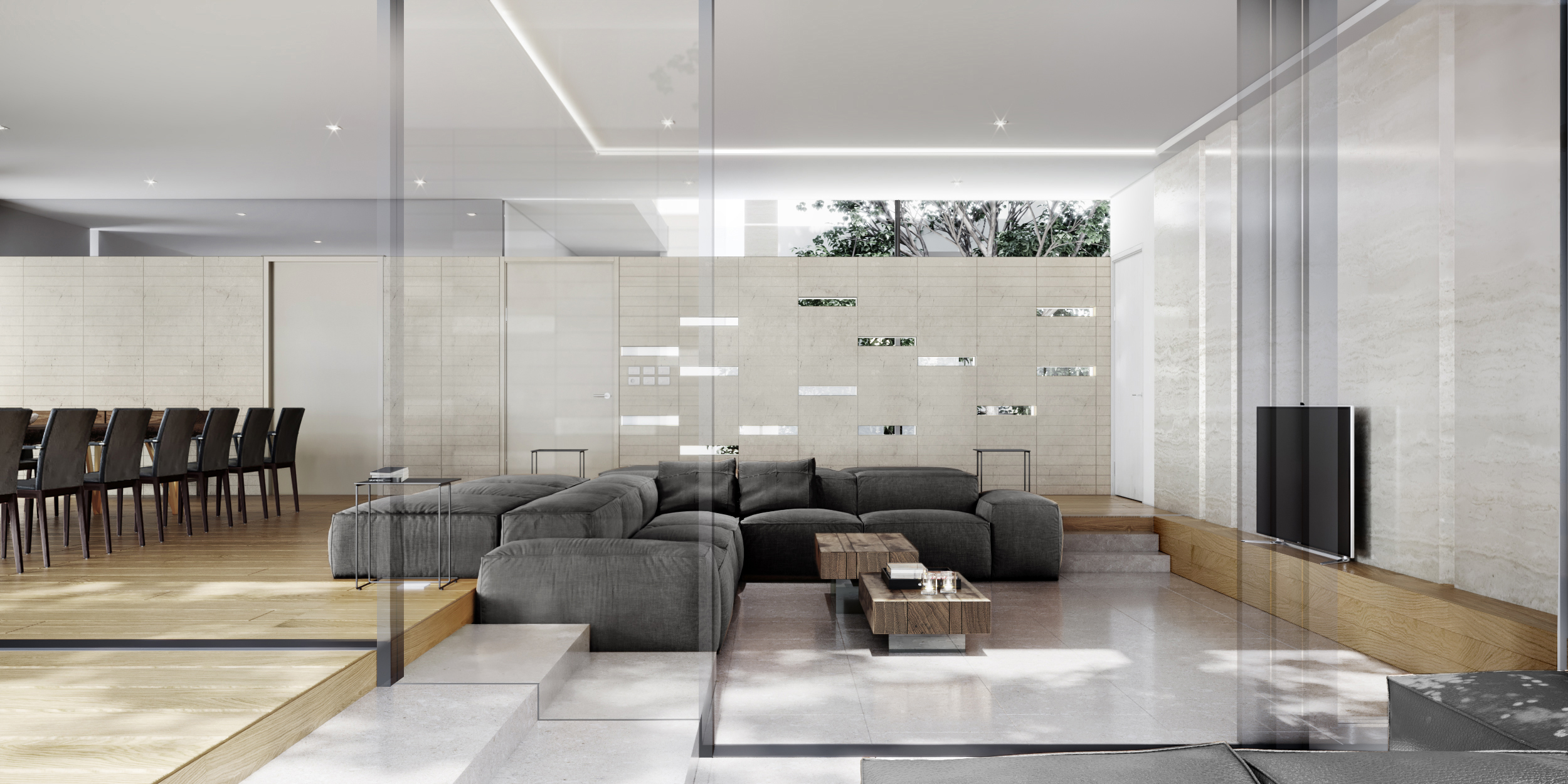 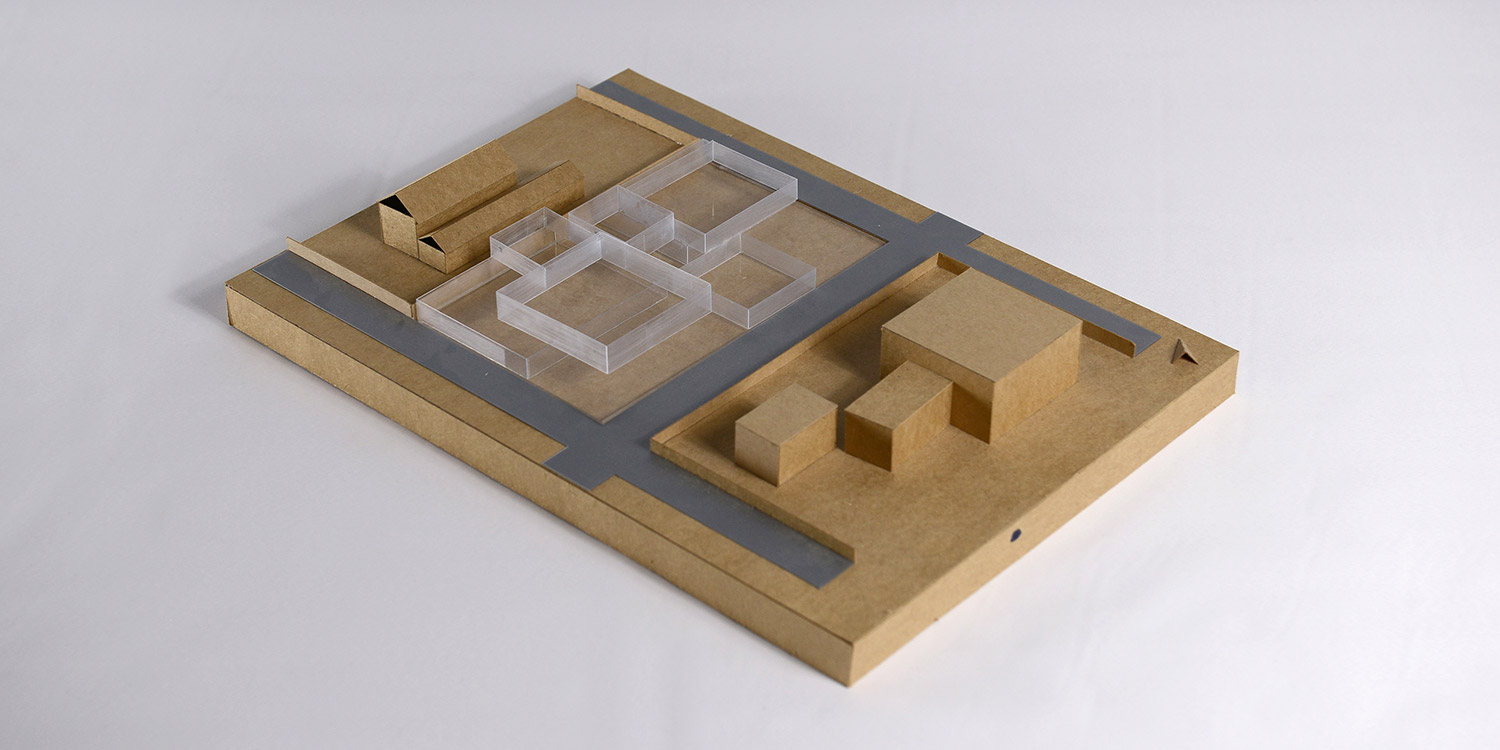 Frame House is a private residential project located in a quiet neighborhood in Pattanakarn.

Given the unique function of a semi-public photography studio within a private home, one of the main ideas in zoning and designing Frame House is the notion of using architectural boundaries to create various spaces within the different context of privacy and personal space.  Through a cohesive architectural, interior, landscape, and lighting design, this concept resulted in a home that is formed, separated, while at the same time connected and expanded, by boundaries.

The approximately 1,790 sq.m. site was zoned according to groups of relating functions: Entry, Staff, Studio, Work, and Family, which are then arranged in response to the level of privacy each groups of function demands.  In order to create a sense of space and privacy for each functions, the feature boundary wall was form, as it act as both an exterior border wall of the site, and also as the interior architectural wall that separates each functions. However, as the feature wall frames each quarters, it is able links together the various functions through its materiality, for it is cladded in with the 10×60 cm Azul Green Limestone modules, and ultimately bring cohesion to the entire home.  On the upper floor, the same idea was applied, where each groups of function are bounded by the “walls,” framing its own private quarter which expands beyond its own interior limitations.

The gradating pattern created by small slots of openings that is applied to the boundary walls is based on the 10×60 cm limestone tile module, where it is arranged and detailed in respond to the level of privacy of each function the wall is adjacent to. The three types of opening details that are used include: through openings, openings with glazing, and depressed opening.  The application of these details of openings, in conjunction with the frequency of the pattern, are determines by the demands for natural light and privacy in function.  Though these systems of detail, all within the same module, the boundary wall remain aesthetically continuous and cohesive, without compromising the privacy and the function of the home.

Main functions, such as the studio and the family room, are situated to take in the most open space, while different landscape concept were designed specifically for each quarters, giving each areas its own character and sense of personal space.  As the associated boundary wall extends out from the inside to the outside, it creates the impression of the interior space expanding from within own boundaries, into the garden, as the two spaces merges into one.

A visual axis penetrates through the whole house, from the front entrance to a featured sculpture in the back garden, linking together all adjacent functions as it peels throughs the different spaces, gardens, and water feature of the home.

The lighting concept of expanding boundary help enhances the complex concept of the boundary wall seamlessly, as the light creates the impression of the interior space expanding further beyond its bounds.  Once inside the room and the lights which illuminates the exterior walls are turn on, the space suddenly feels much larger. Just as the limestone wall broadens the interior spaces through its continuity during the day, through illumination, the lighting design is able to create vast spaces and extends the bounds of the inside during the nighttime. 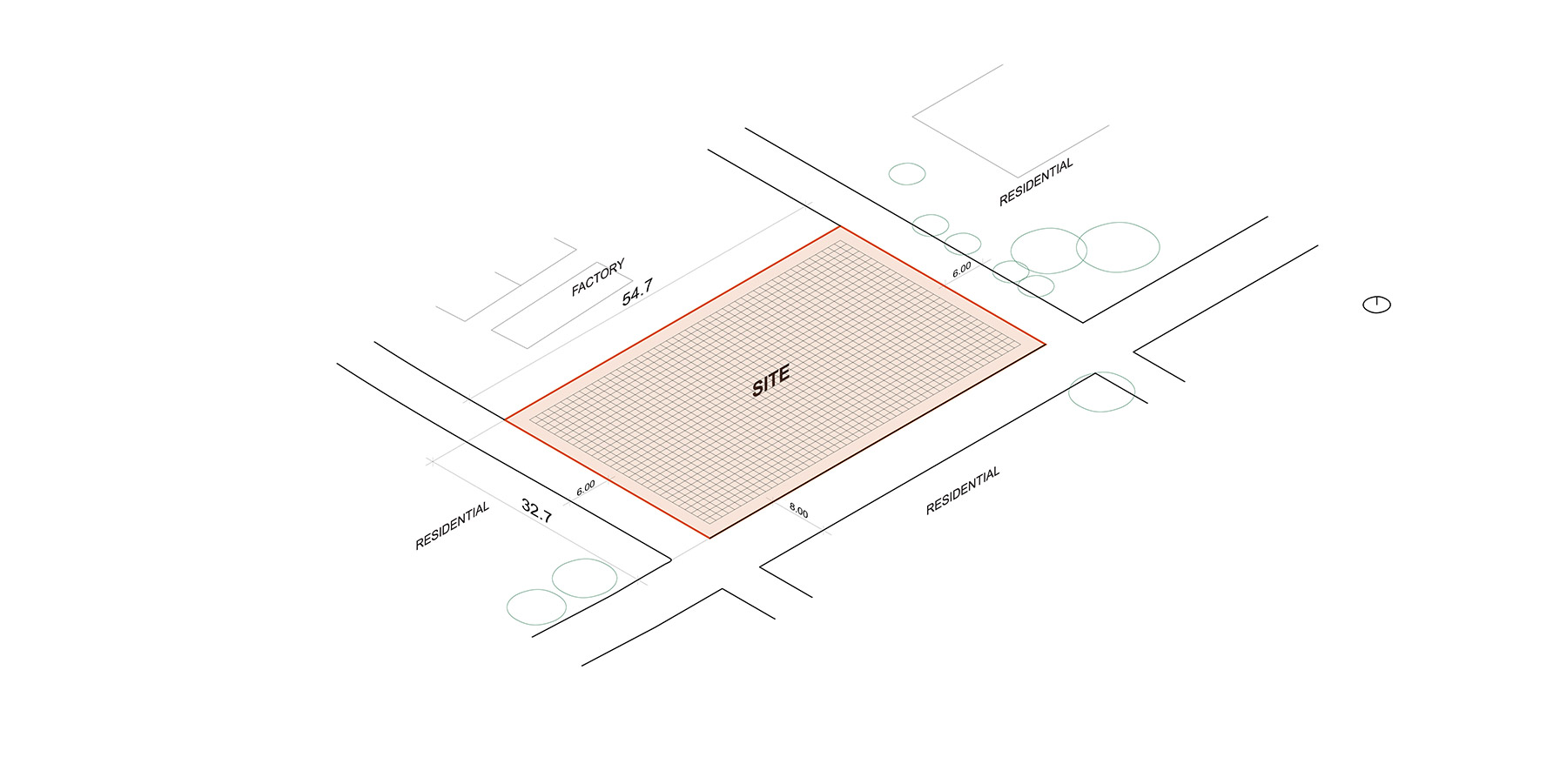 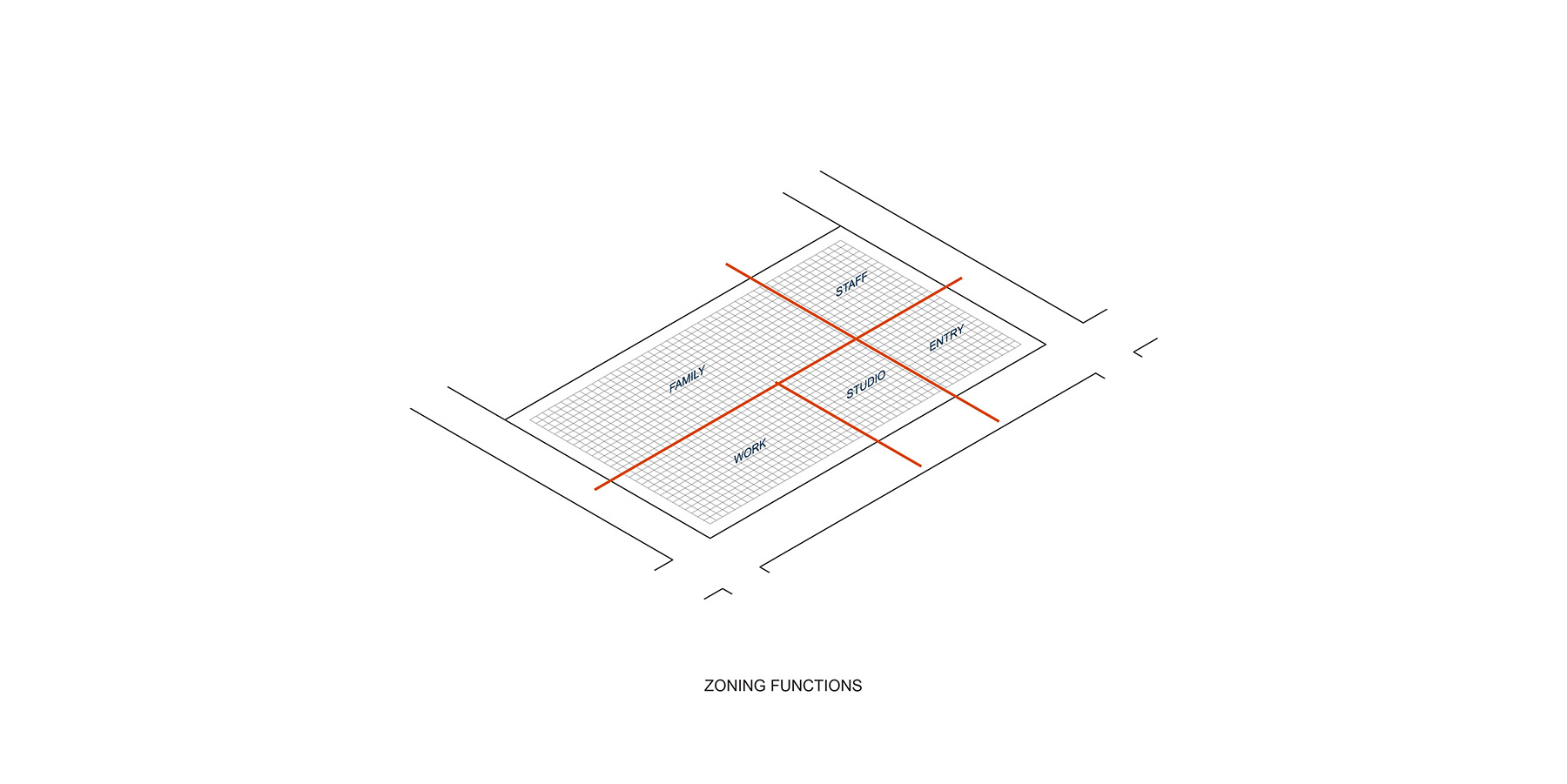 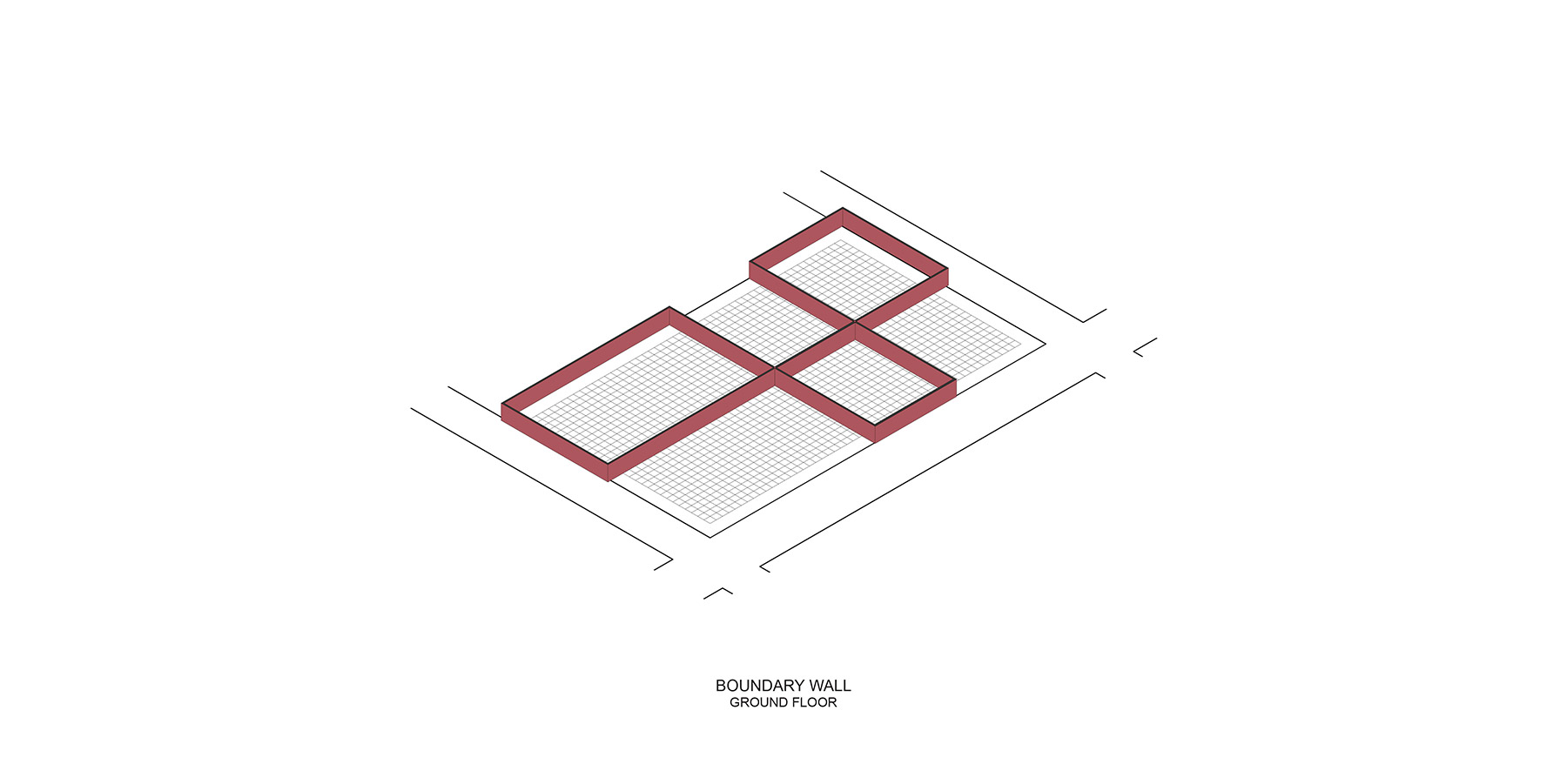 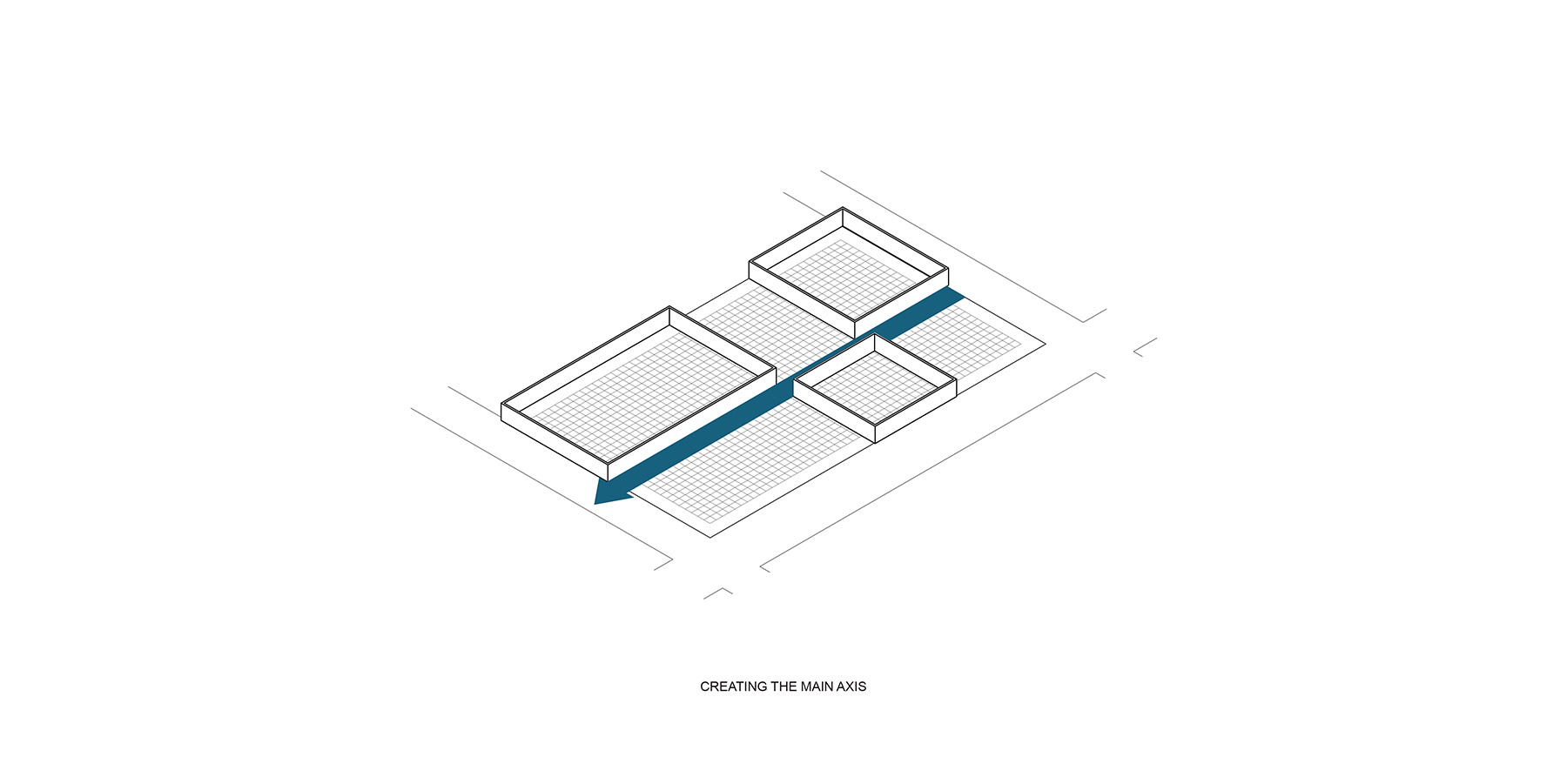 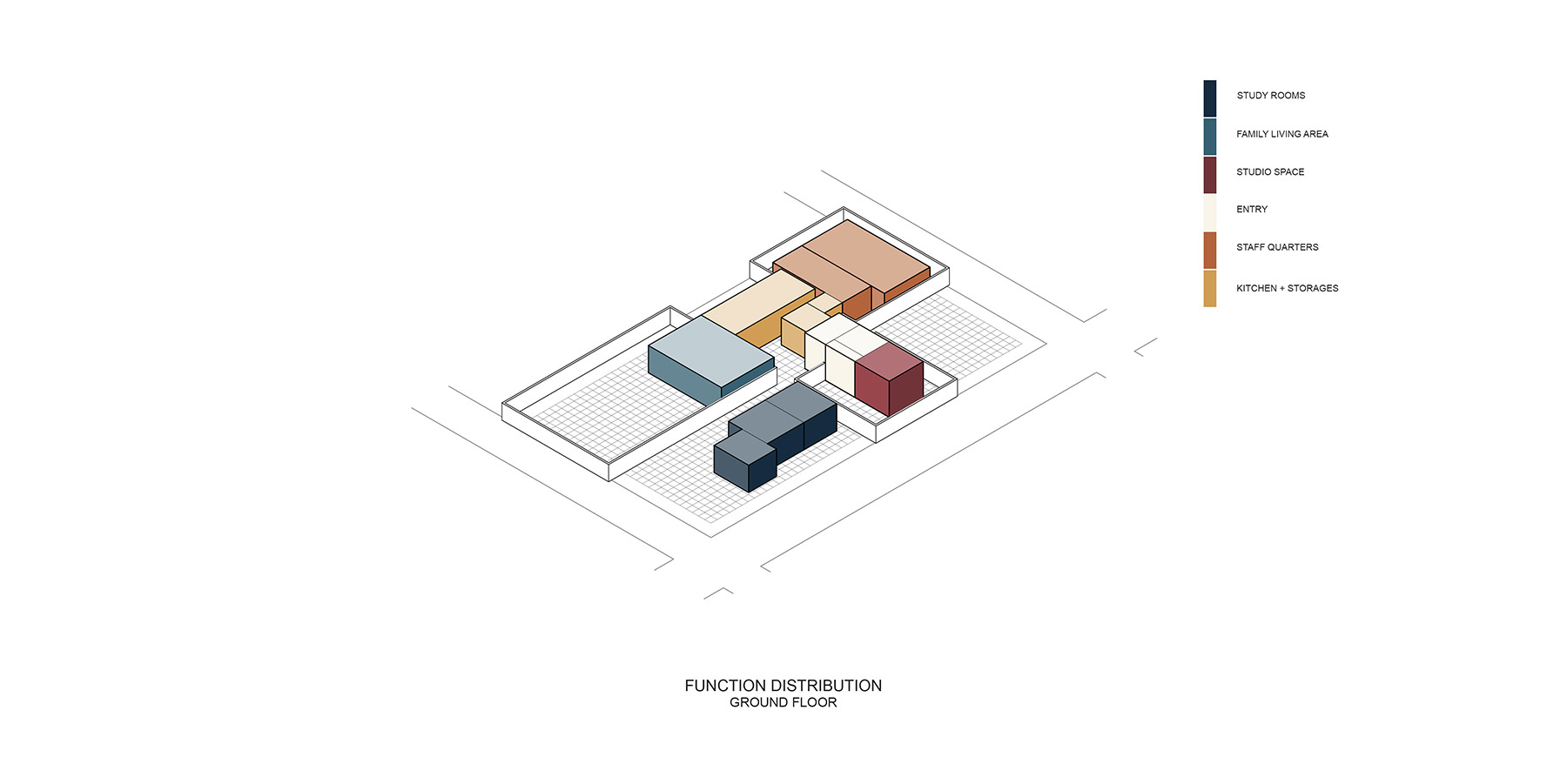 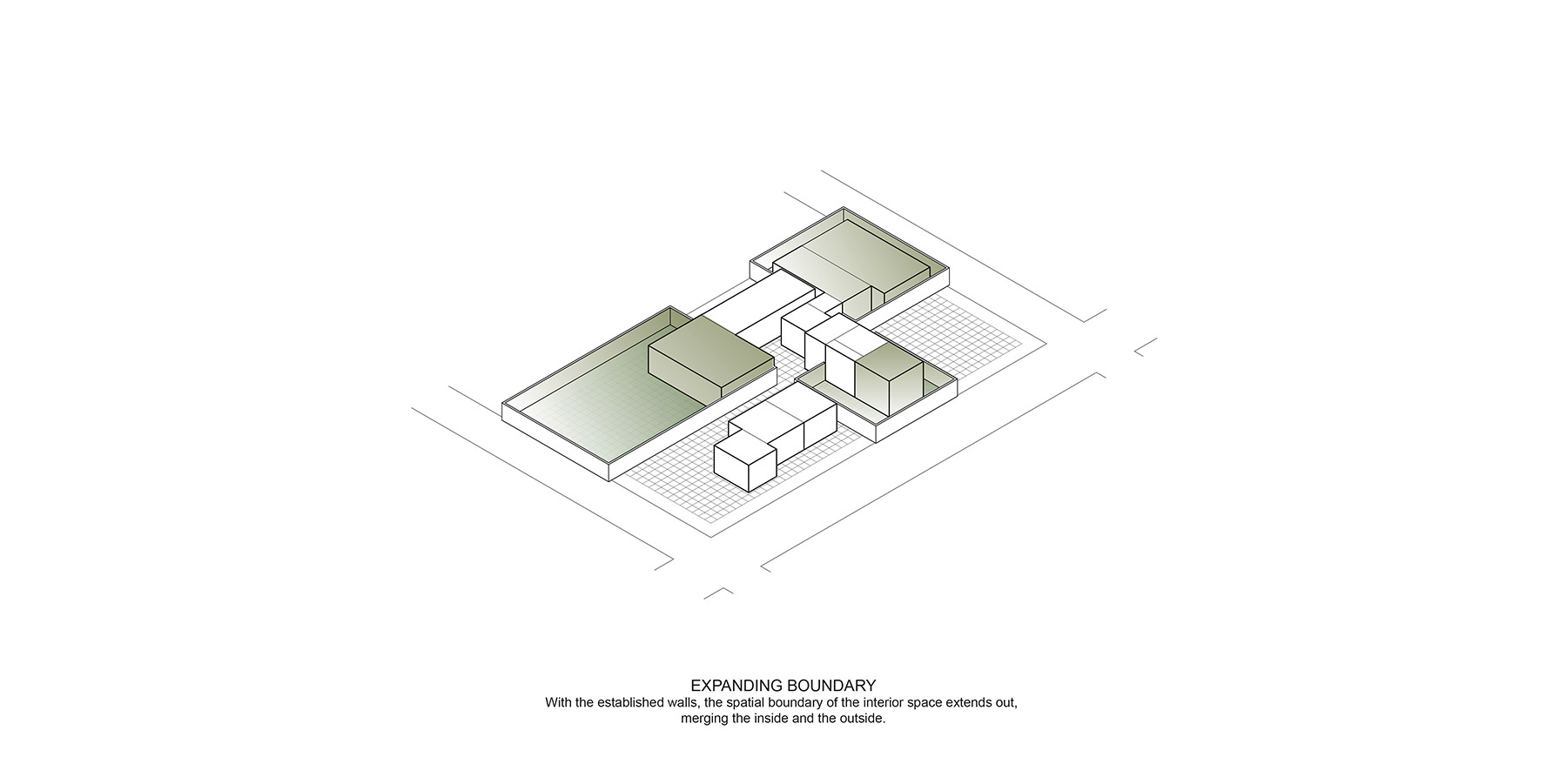 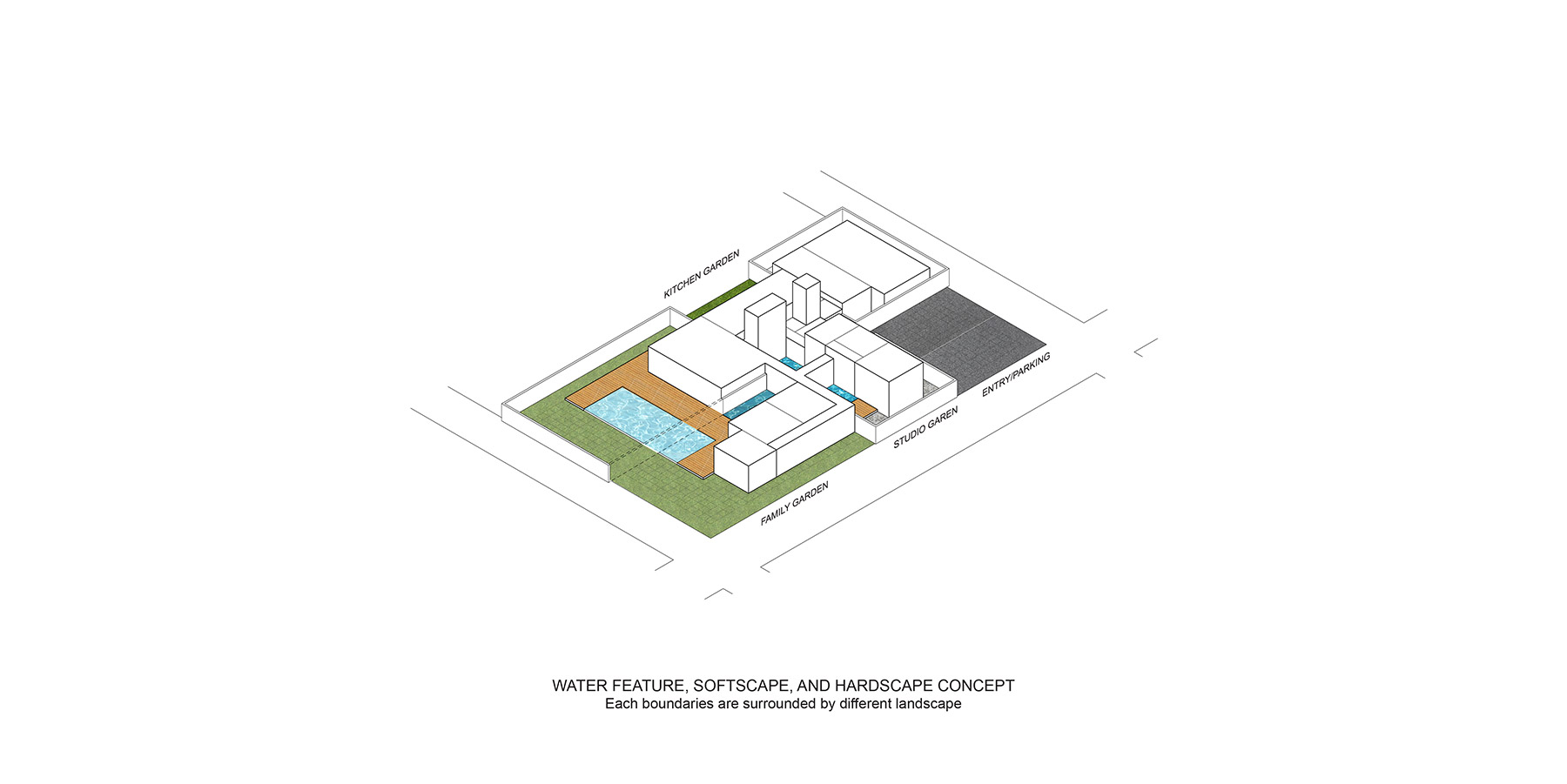 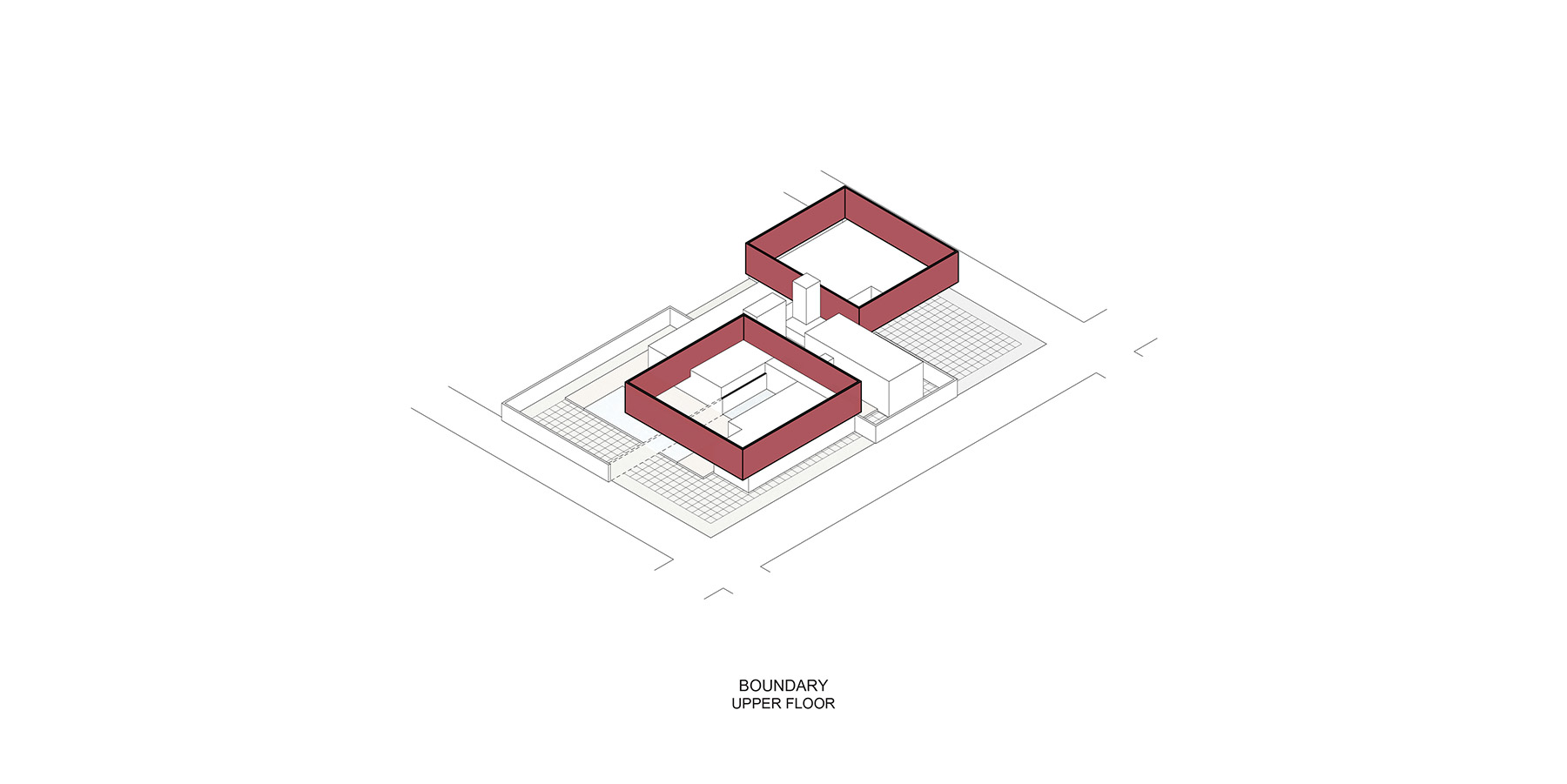 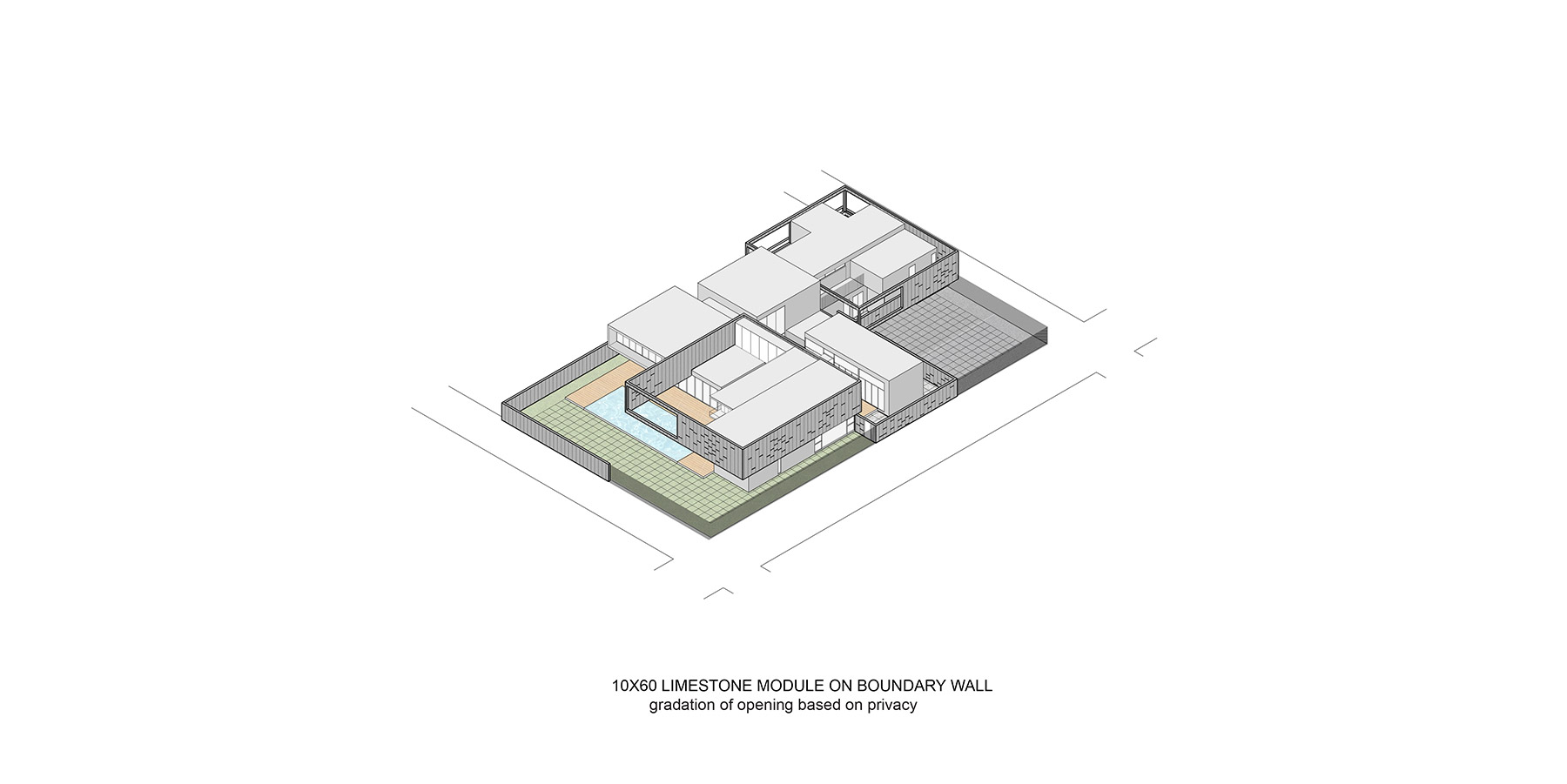 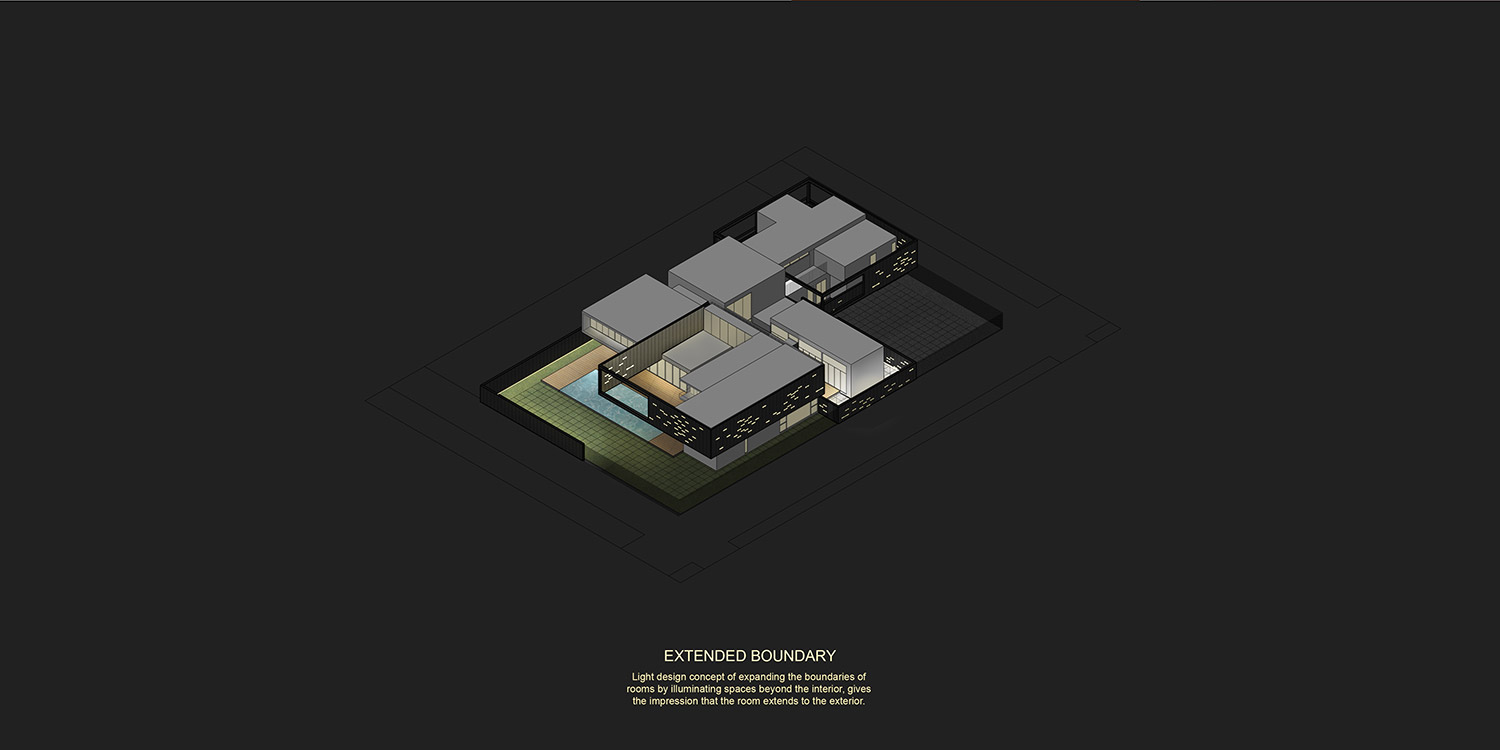 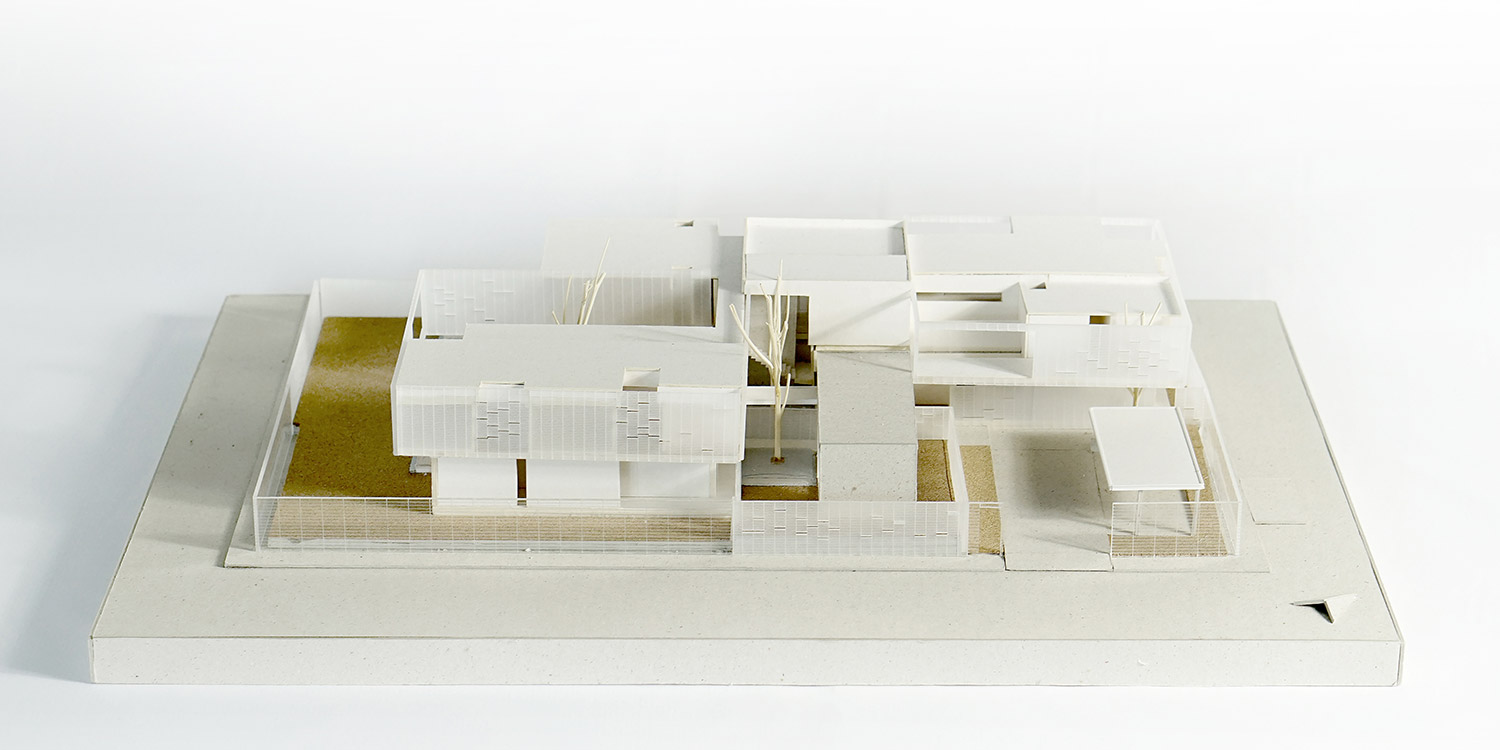 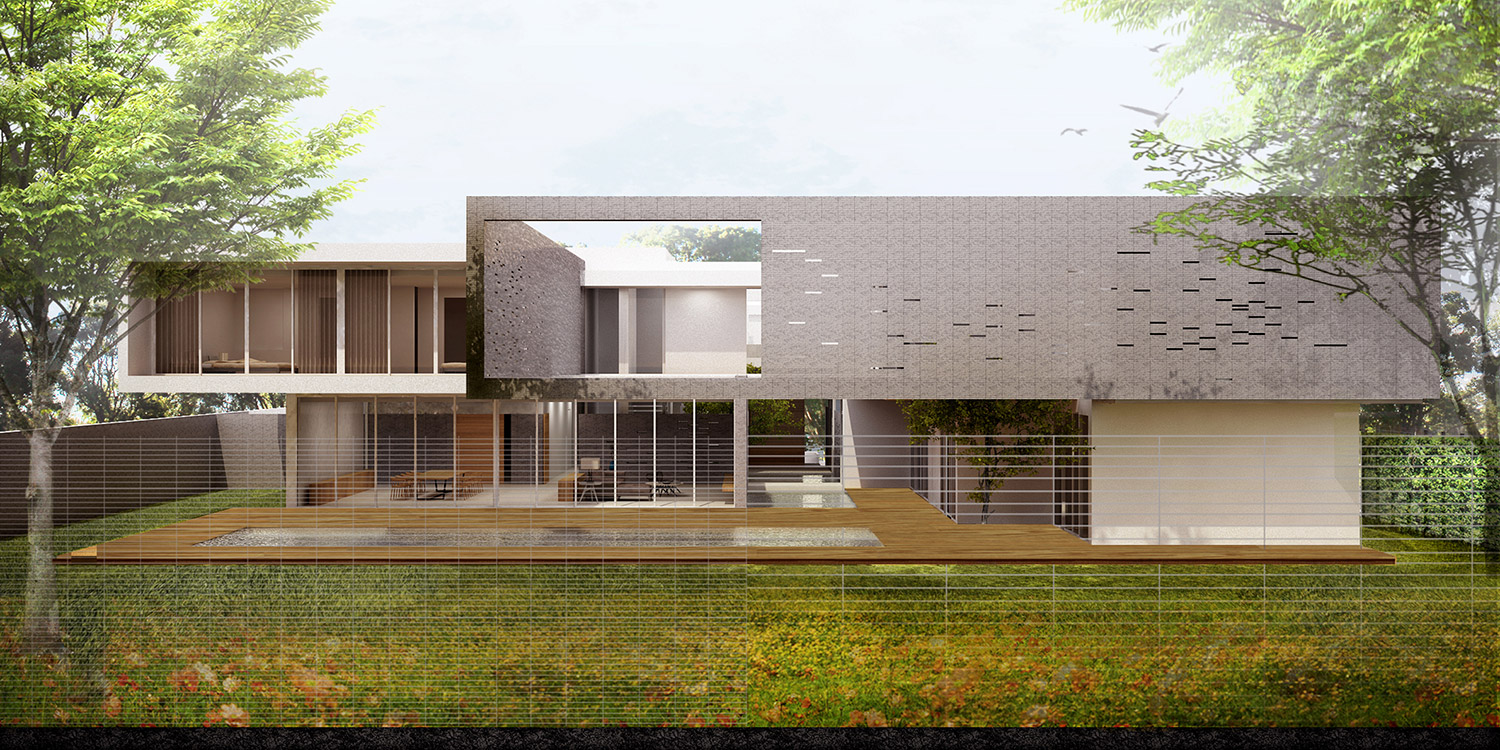 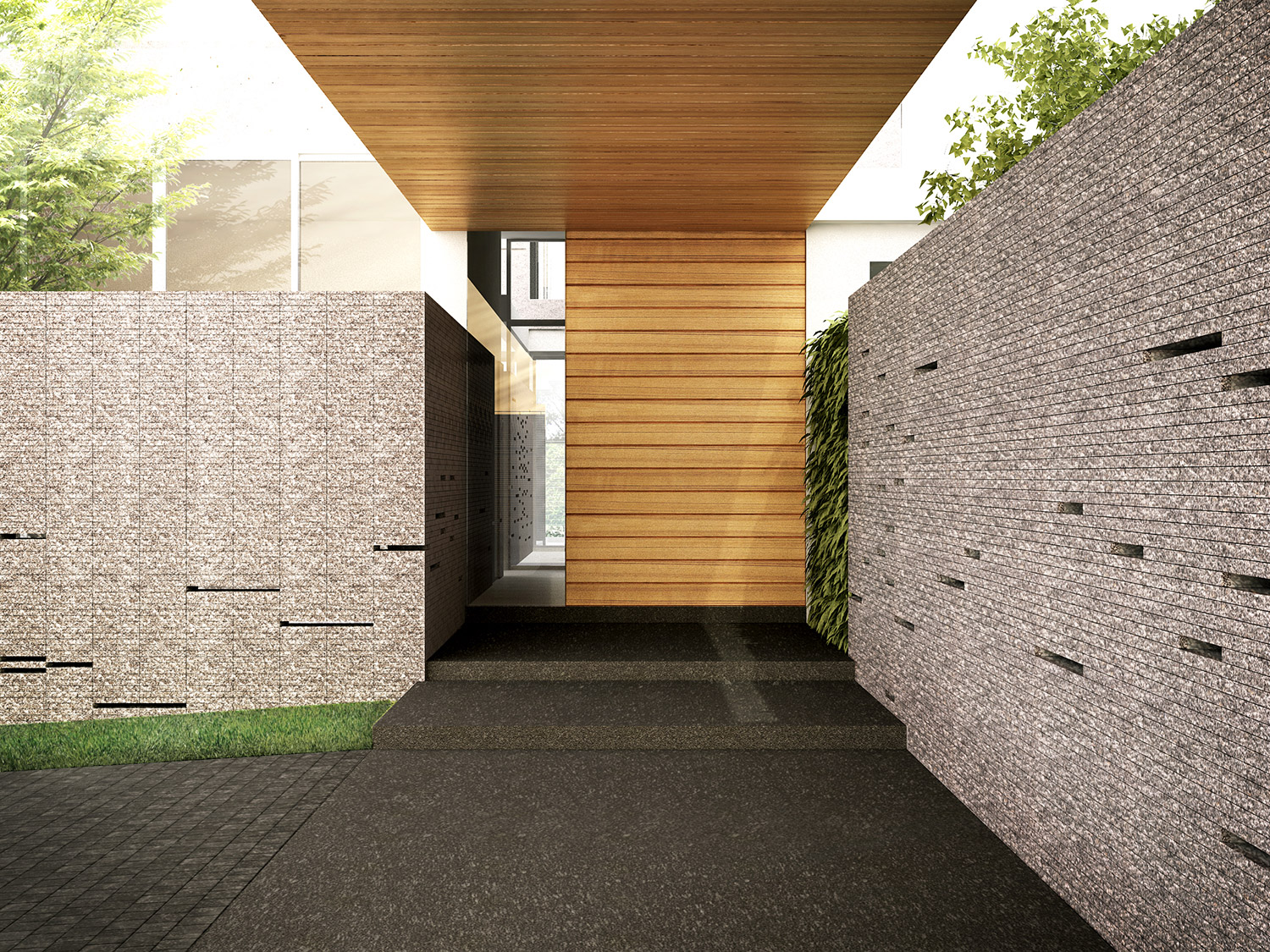 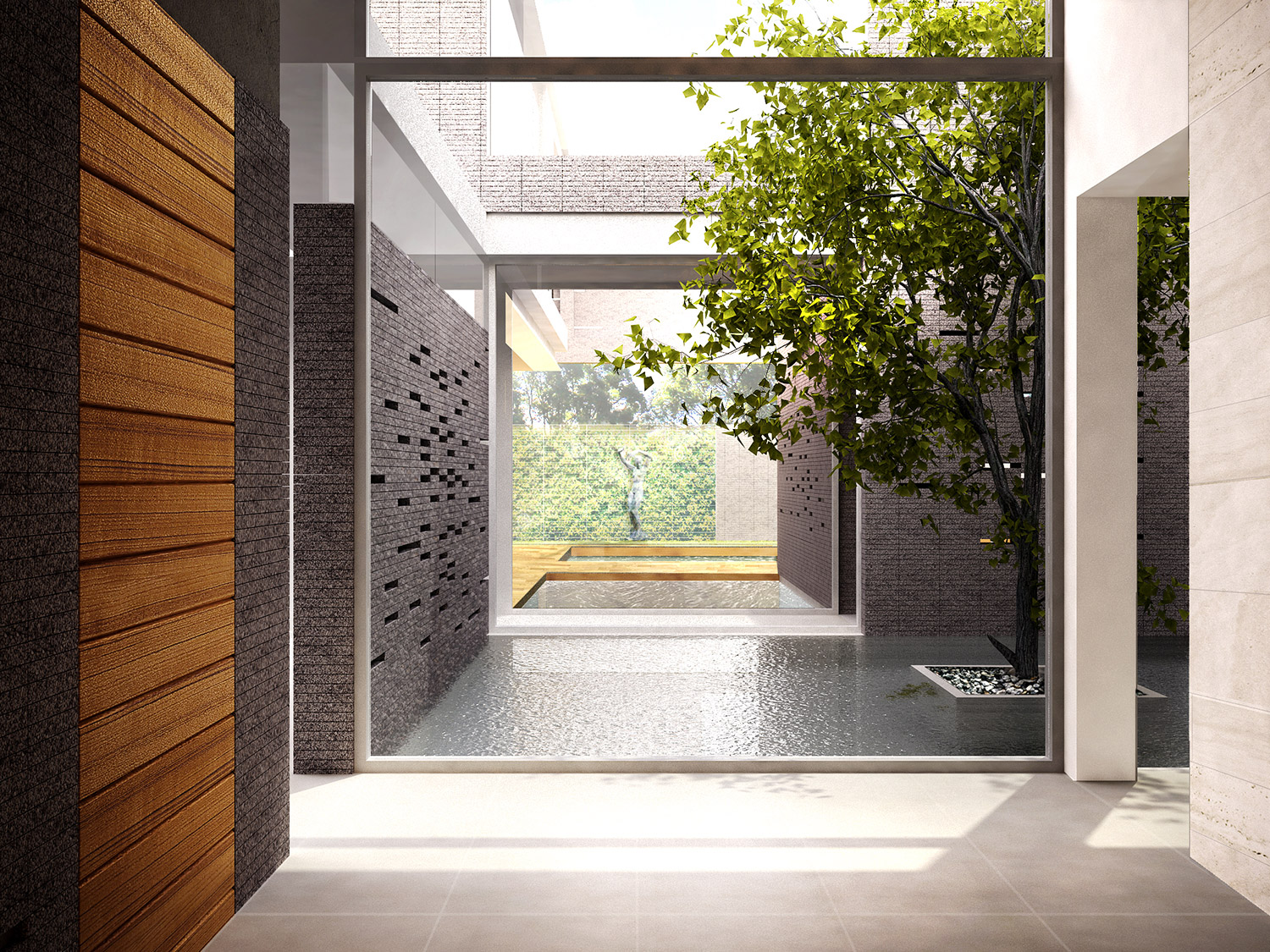 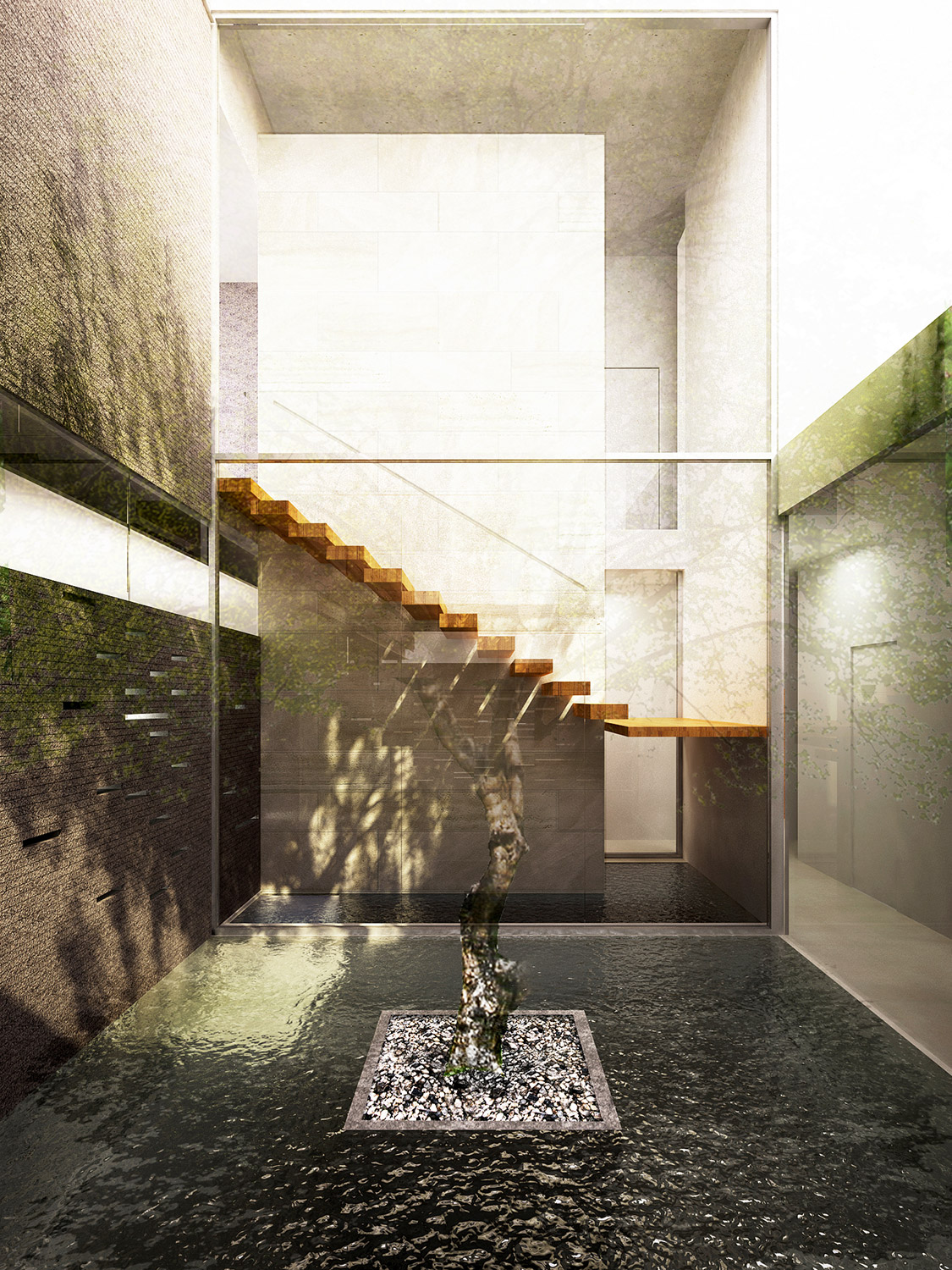 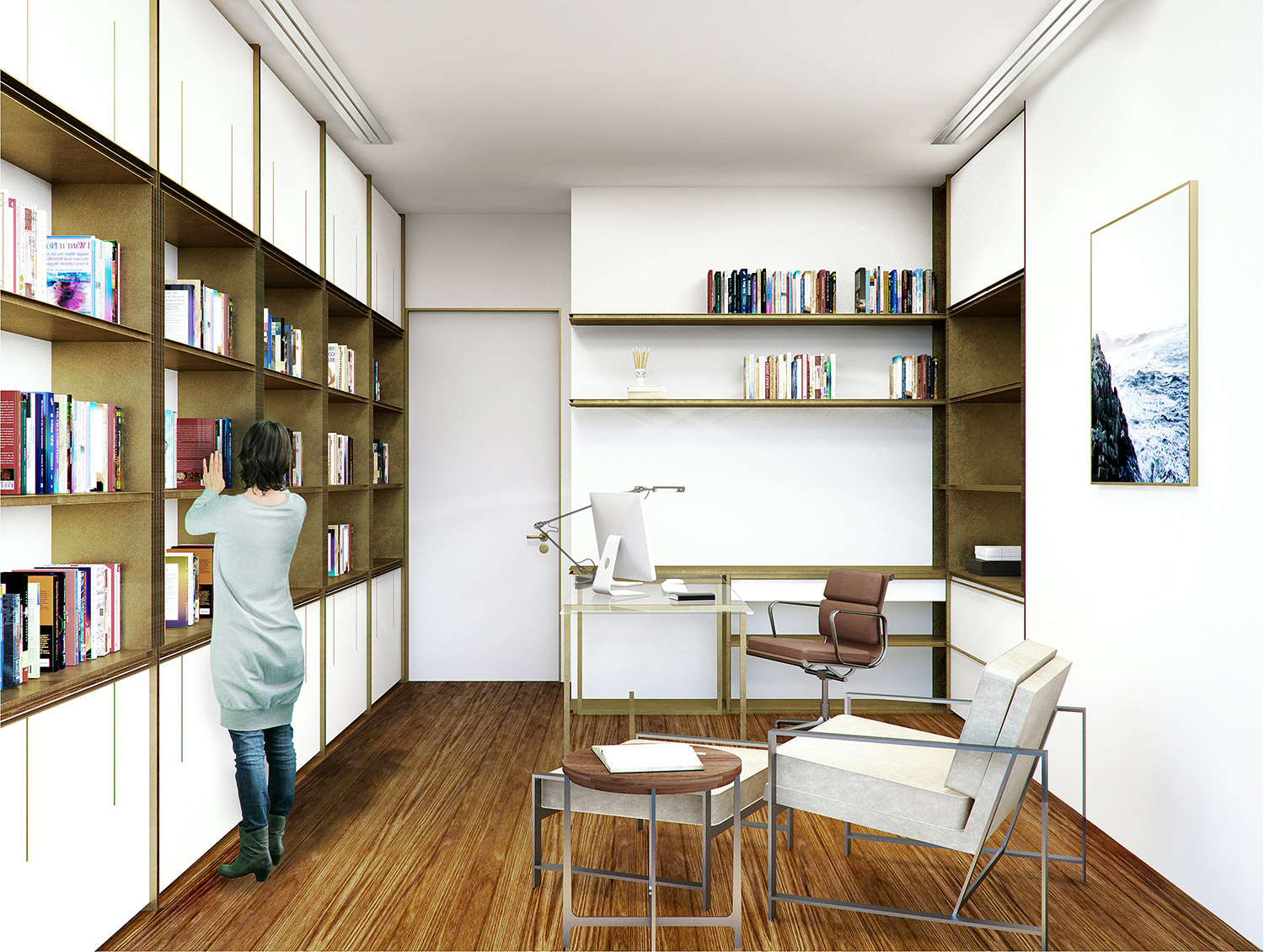 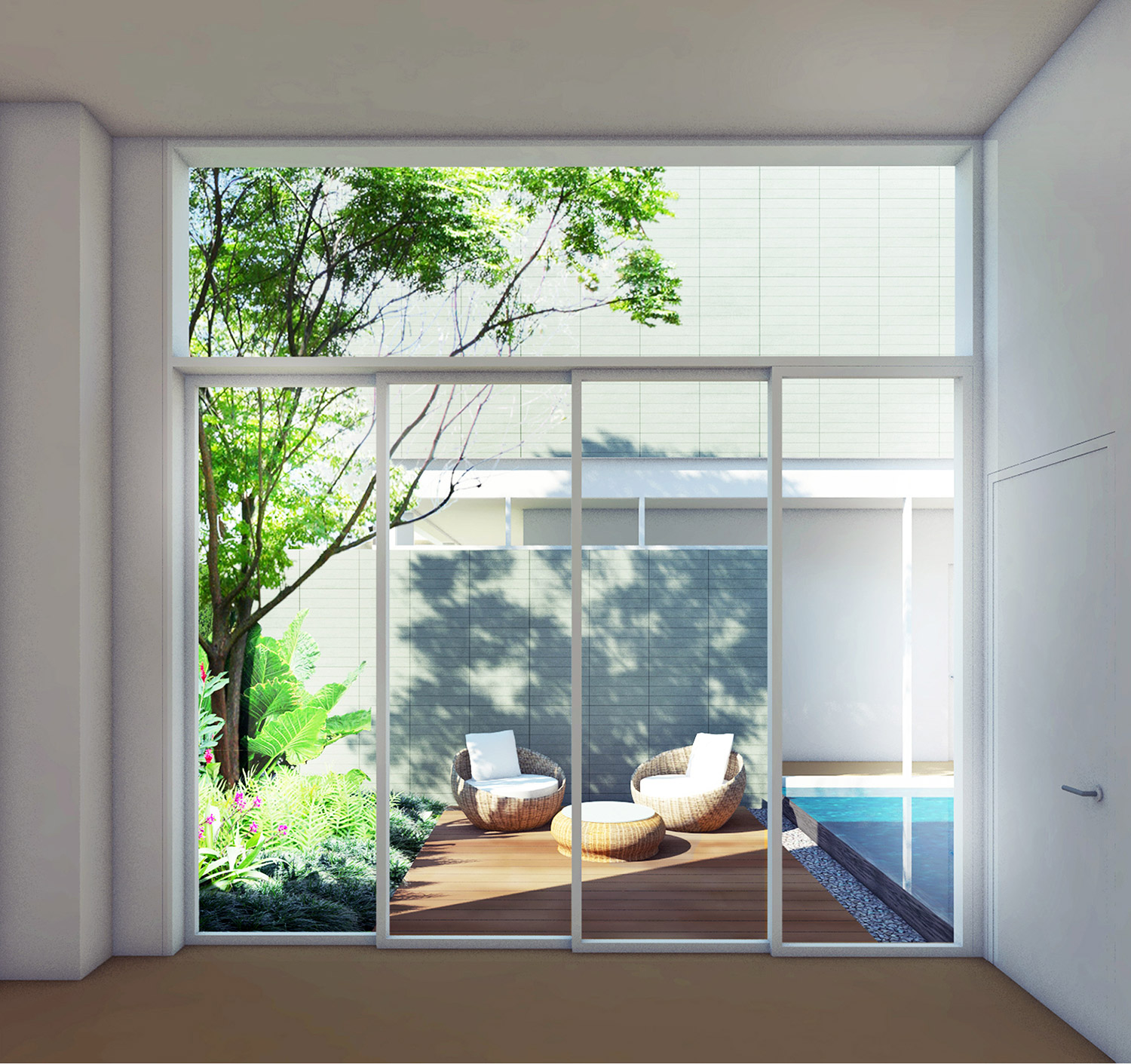 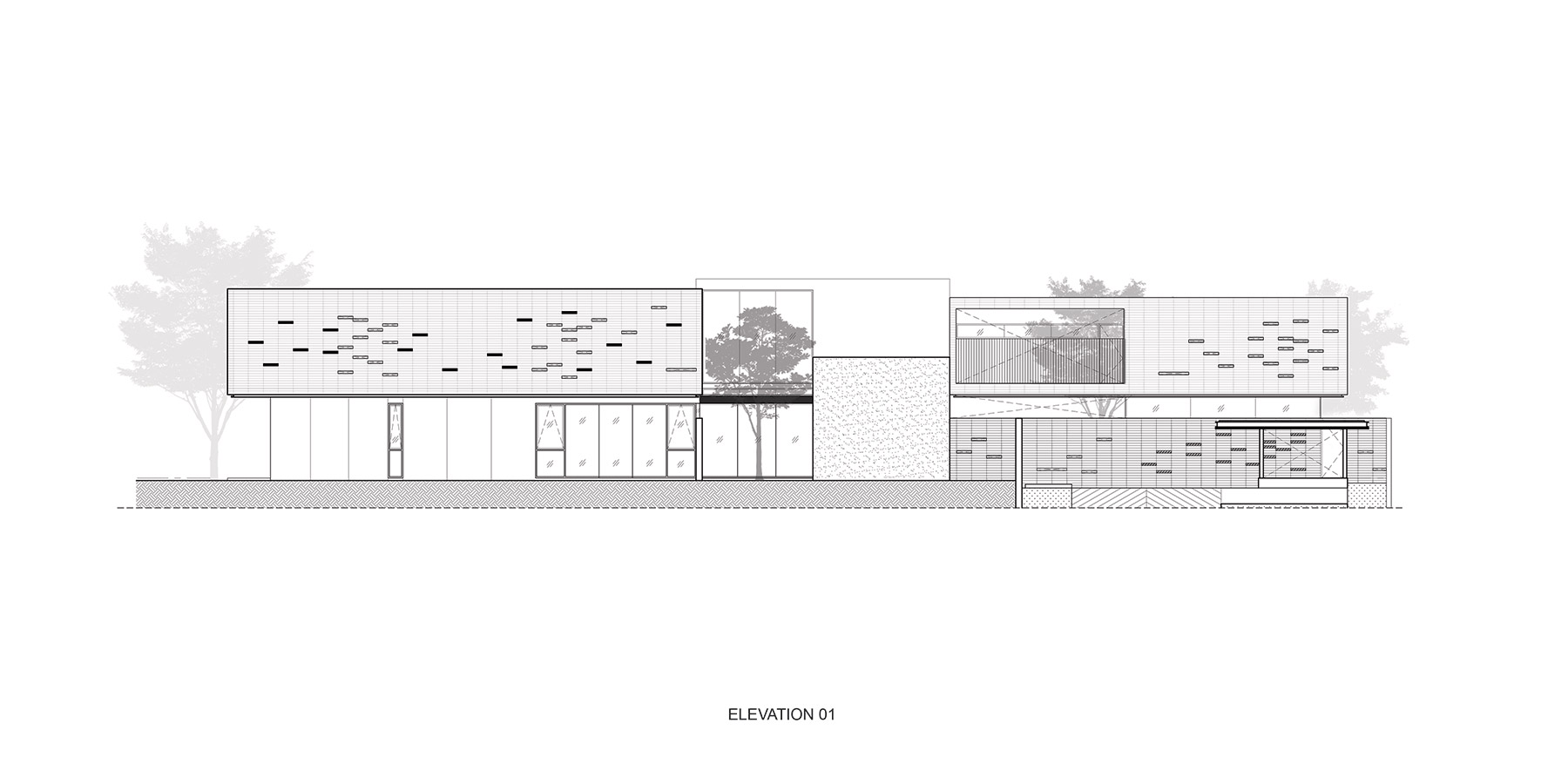 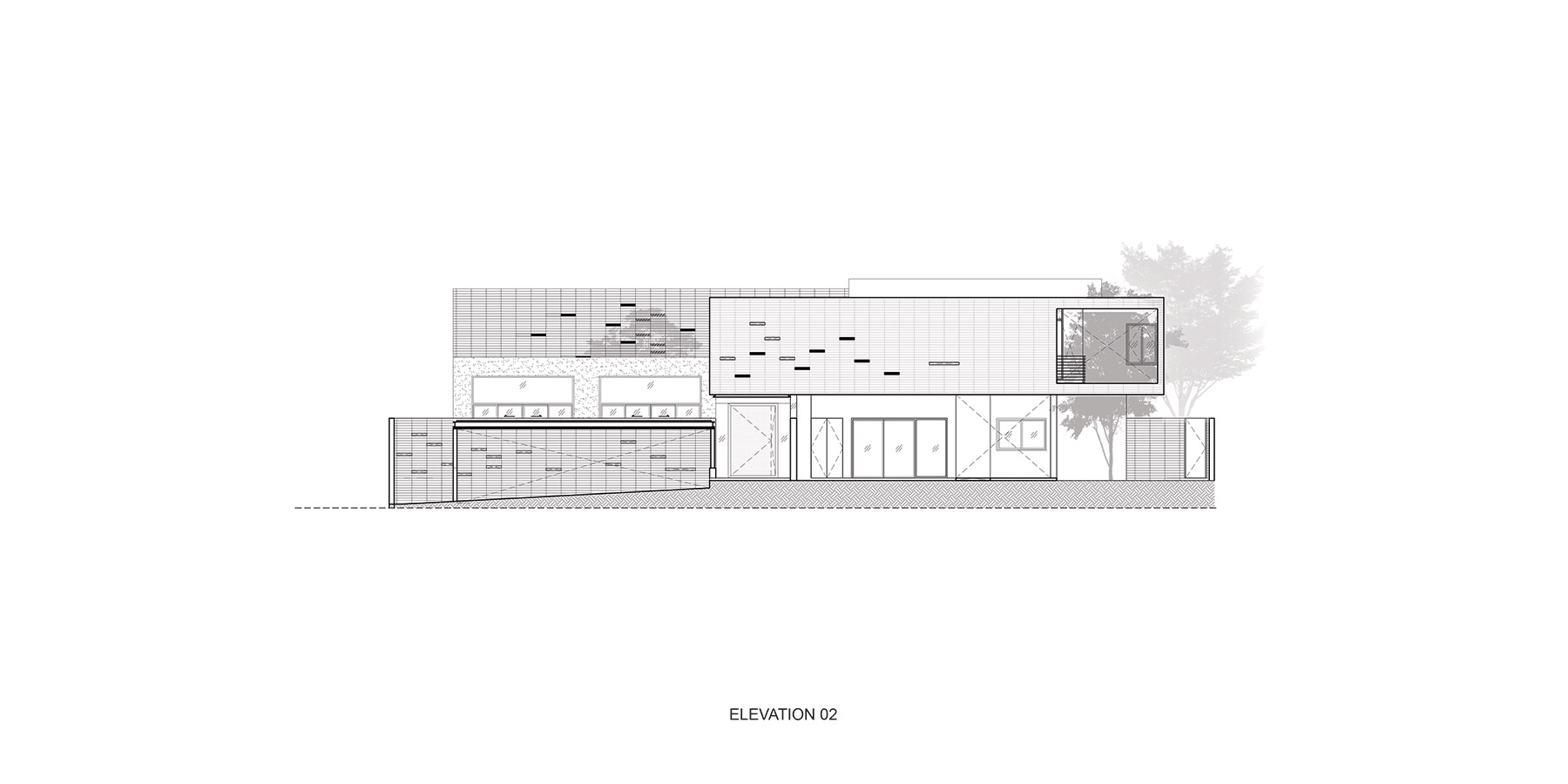 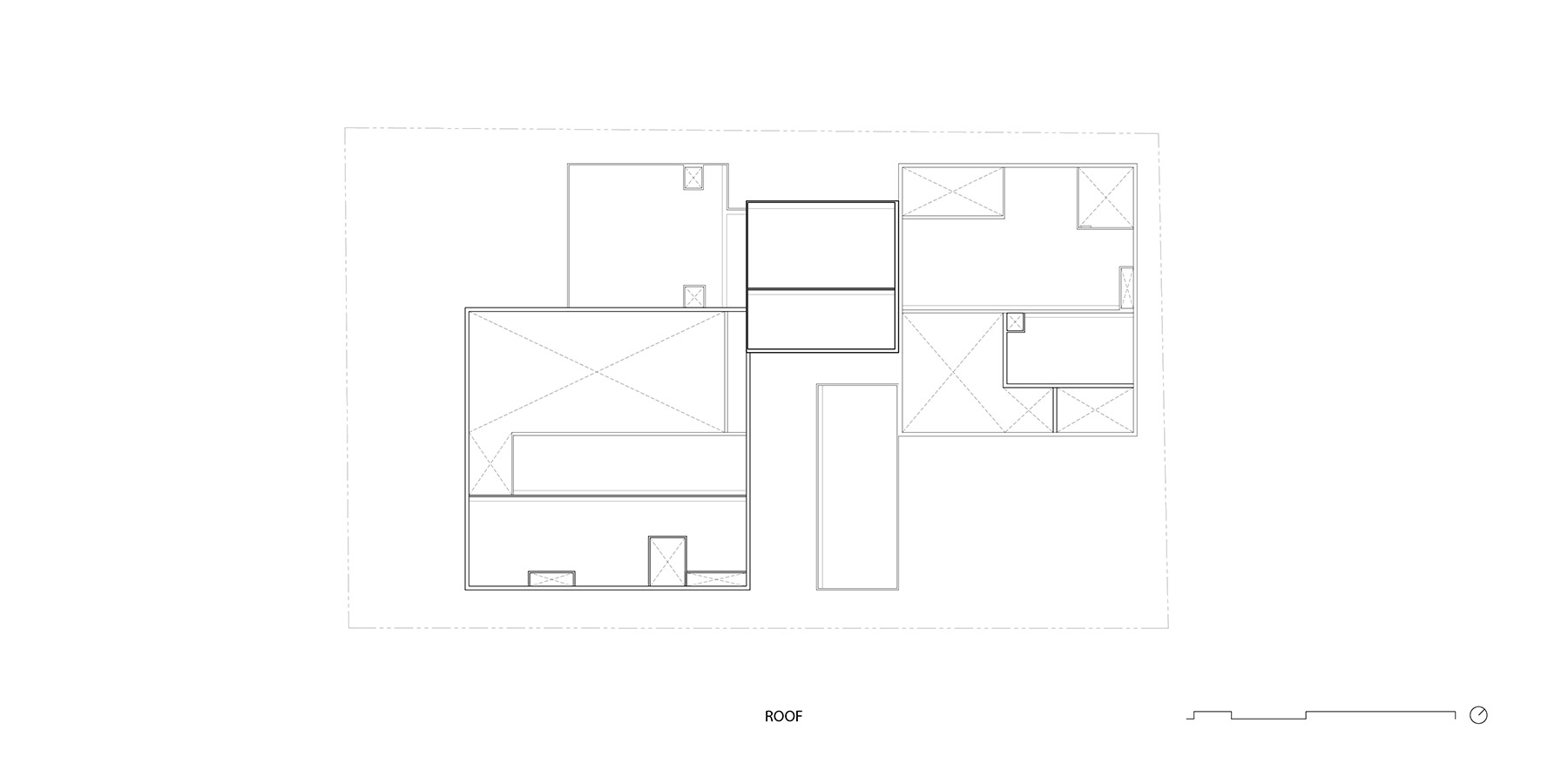 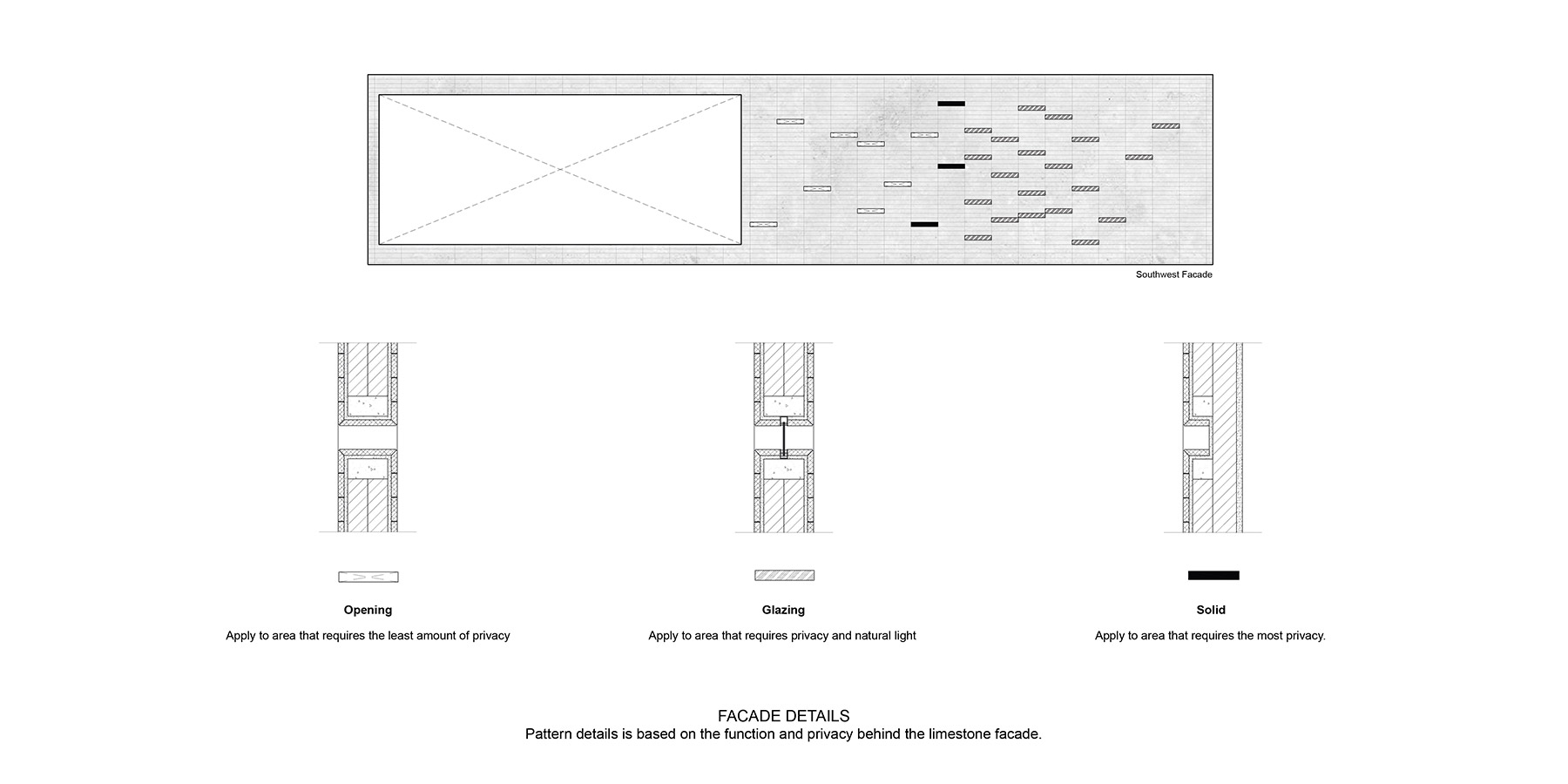 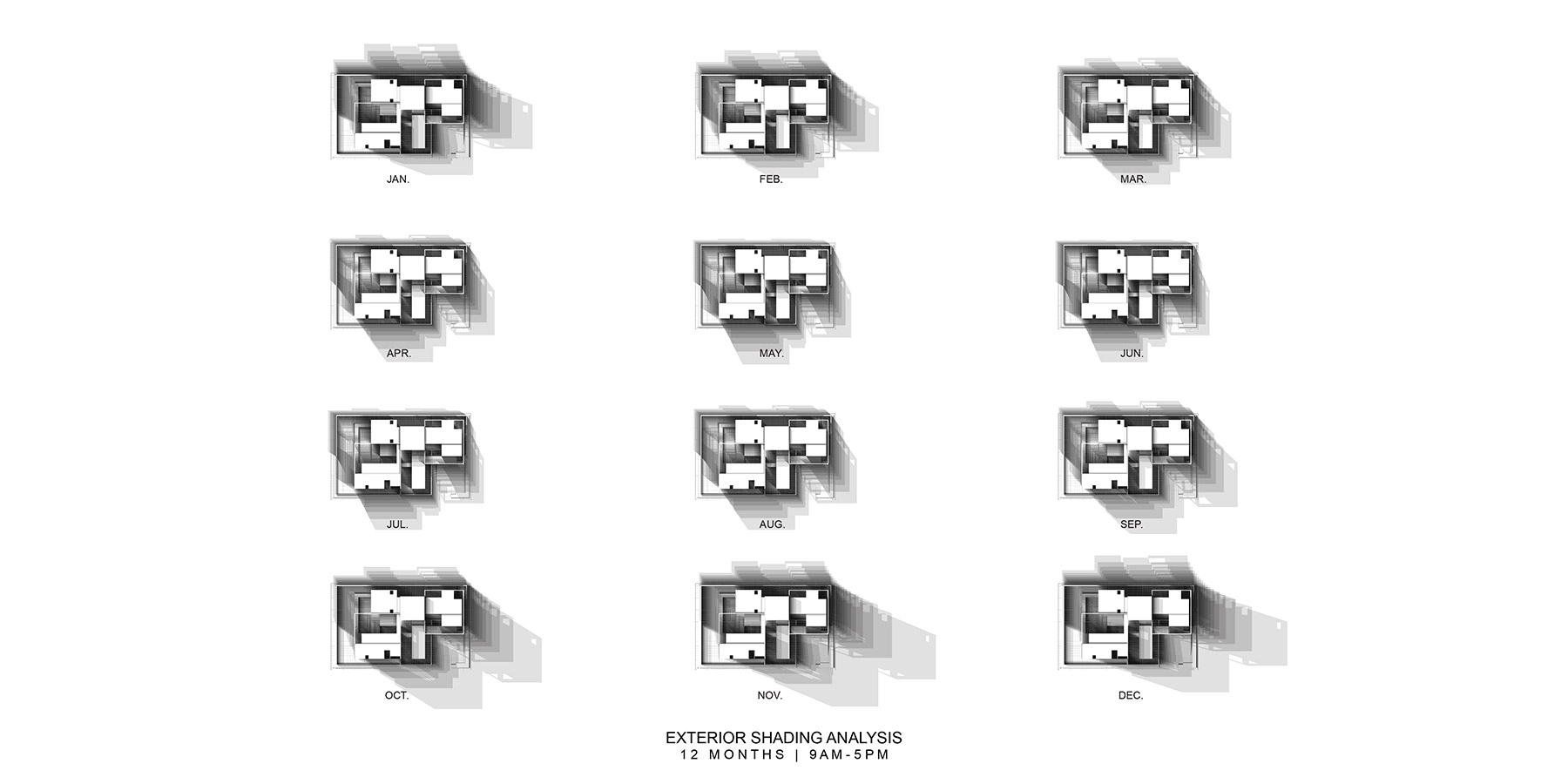