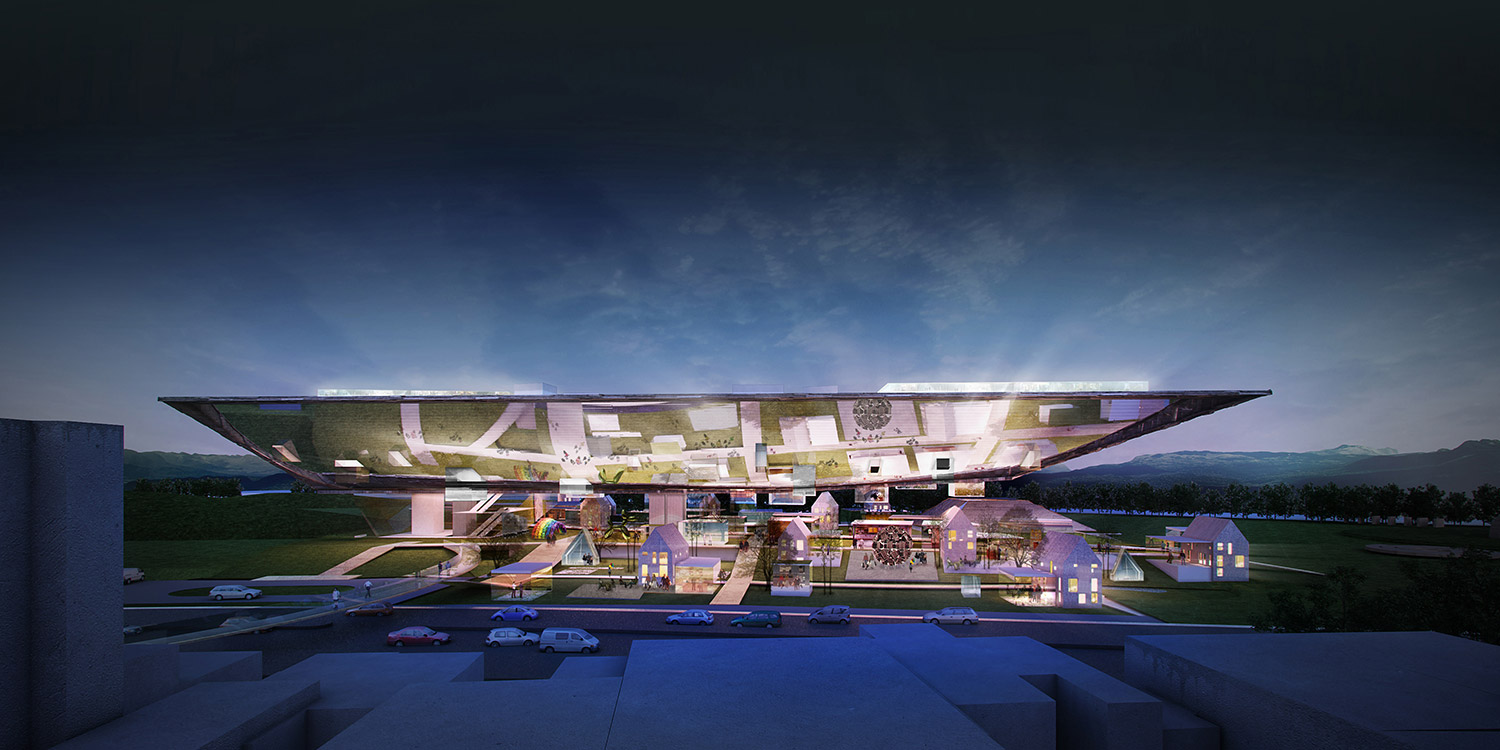 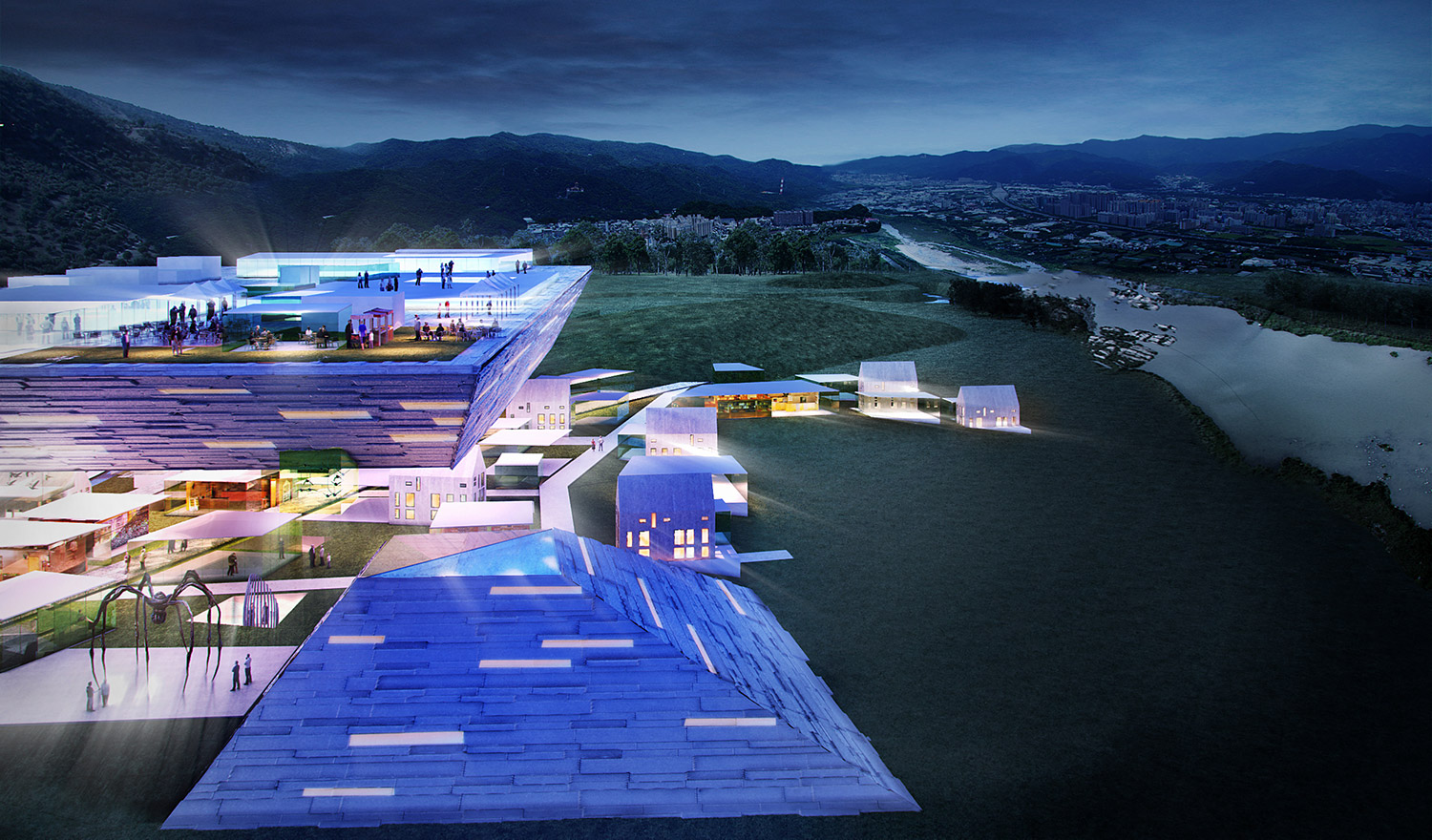 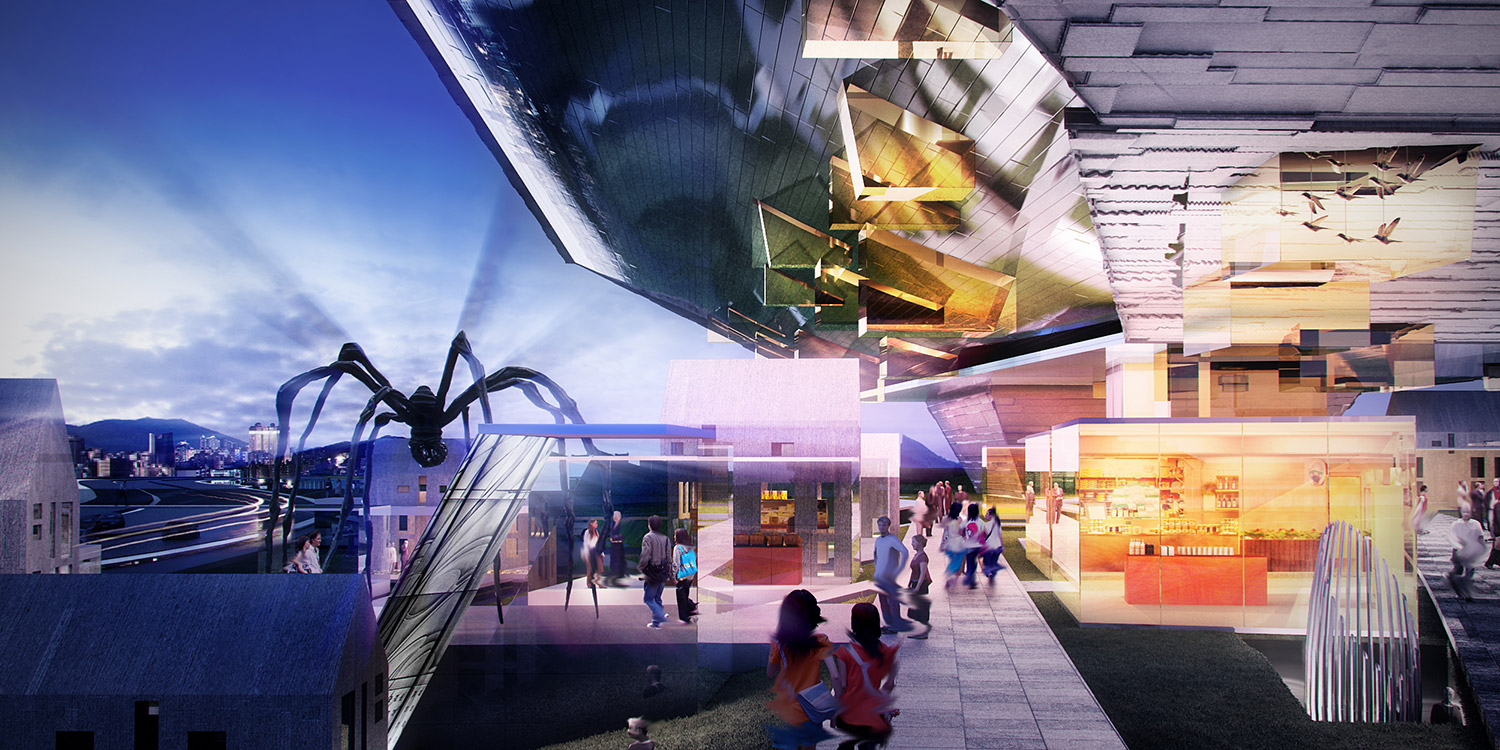 At the center of the Taiwanese culture, the night market distinguished itself as the most prominent example of what is “the people’s culture and lifestyle”. It is the nightlife environment the people find most sociable and comfortable. In our proposal for the new Taipei Art Museum, apart from its iconic structure that houses two main art galleries, the proposal integrates in the Art Market concept, which is a miniature cityscape representing the backdrop urban space of the Taiwanese night market. The design of the New Taipei Art Museum sought to not only creates an easily approachable daytime attraction but also to accommodate the night lifestyle.

The site is situated in between the urban landscape of the Yingge urban district and the river. In order to create a flow between them, the building masses are divided according to the program and lifted up to create an intermediate space, which is a so-called “Art Market” (night market + art spaces). This intermingling between the public market space and the enclosed art museum spaces is created through the erection and indentation of blocks from the large underground mass of the art museum.  With this arrangement, those strolling around the market will be able to view the art spaces below, likewise, those visiting the art museum below will be able to see the activities above.  Similarly, the large elevated mass of the museum space will also have small block masses plunging down to reconnect with the space below. This behavior of interlocking and intruding masses mimics the way which water seeps and cuts through cracked surfaces, in order to fill and form new spaces.

The distortion of the elevated mass derives from the attempt to utilize the maximum amount of sunlight throughout the market space. The slanted face is cladded with a polish finish stainless steel façade. Those approaching the museum from the direction of the train station and the urban area will get a glimpse of the urban cityscape of the art market, likewise, those at market will be able to see the opposing urban setting.   The reflective surface allows those directly underneath it to see their own reflection against the backdrop that is the art market lifestyle as well as the city beyond.  This moment of reflection places the spectators within the context of their own existence; where they are, what they are doing, and whom they are with.  Thus, this reflective façade is comparable to an art installation, in which it lets the people reflect on their position in the Taiwanese culture and the night lifestyle that is prominent in the people.

In term of sustainability, the most appropriate sustainable passive design strategies for Taipei City are passive solar heating and natural ventilation.  These two strategies are applied to various seasons of Taiwan: passive solar heating in applied during the winter months while natural ventilation is applied during the summer and mild season.  The design will utilize adaptive partitions, which are placed at the façade, as well as between each gallery spaces and are to open and close according to the appropriateness during each season.  Thus, these partitions will not only provide sustainable features but also create flexibility within each gallery spaces. 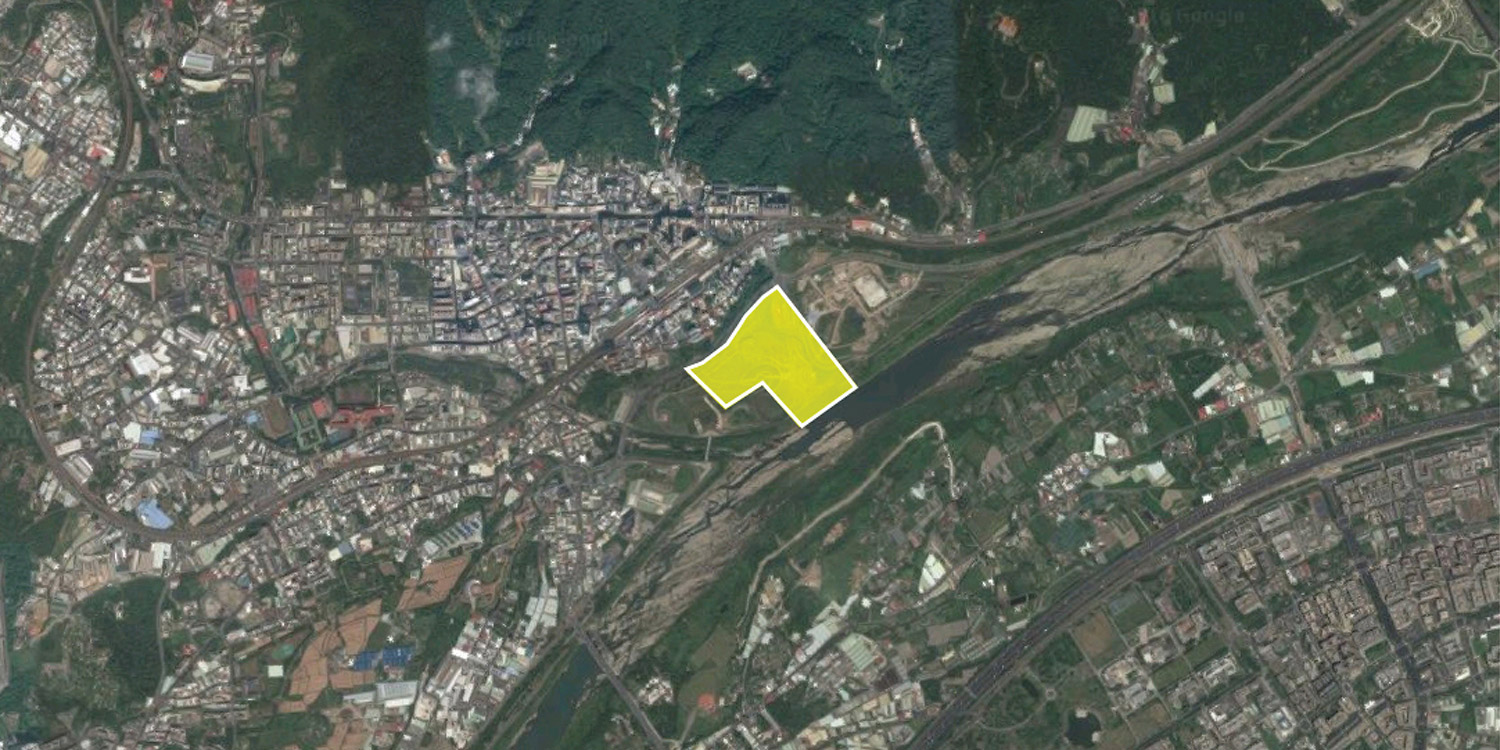 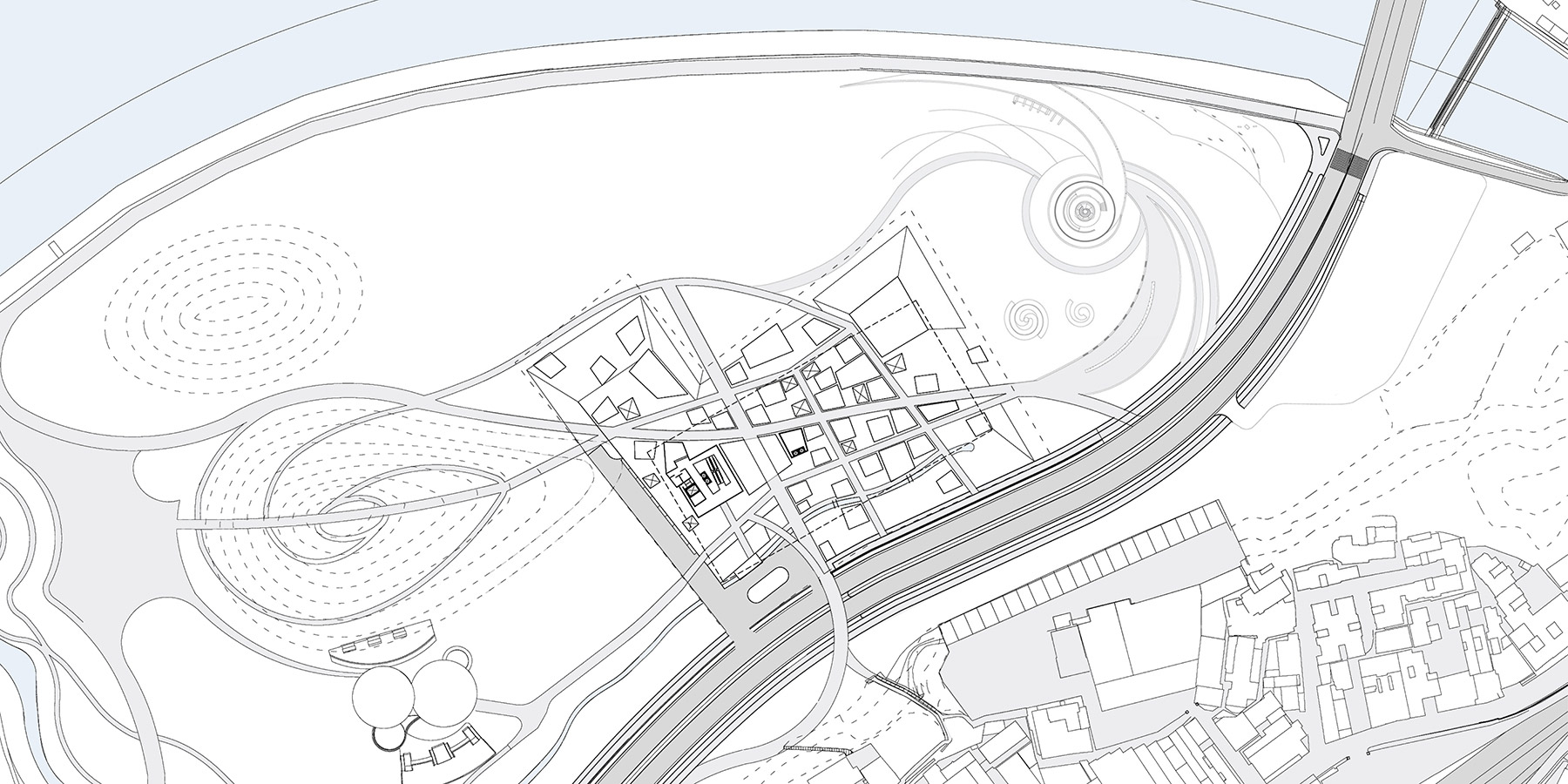 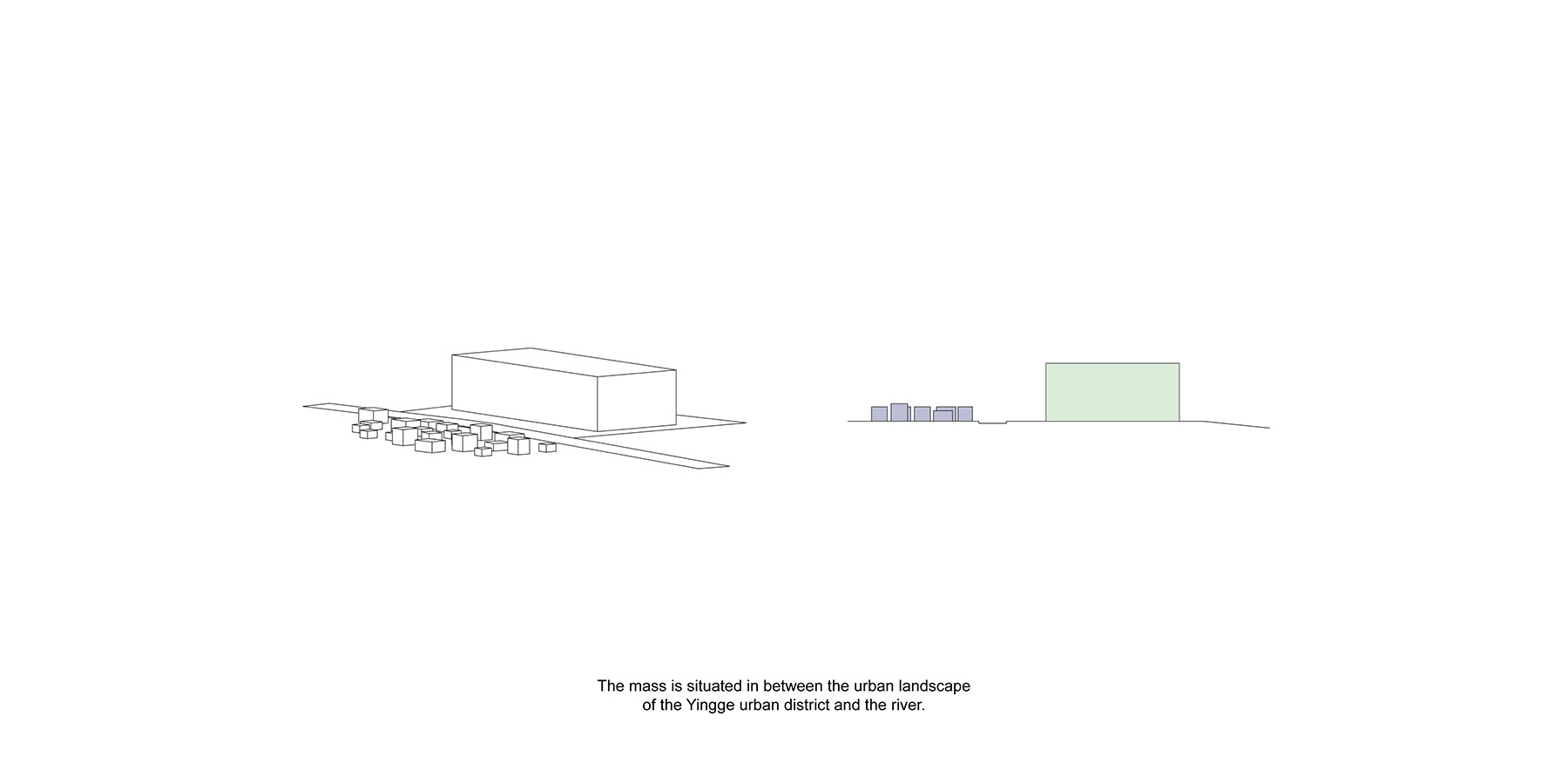 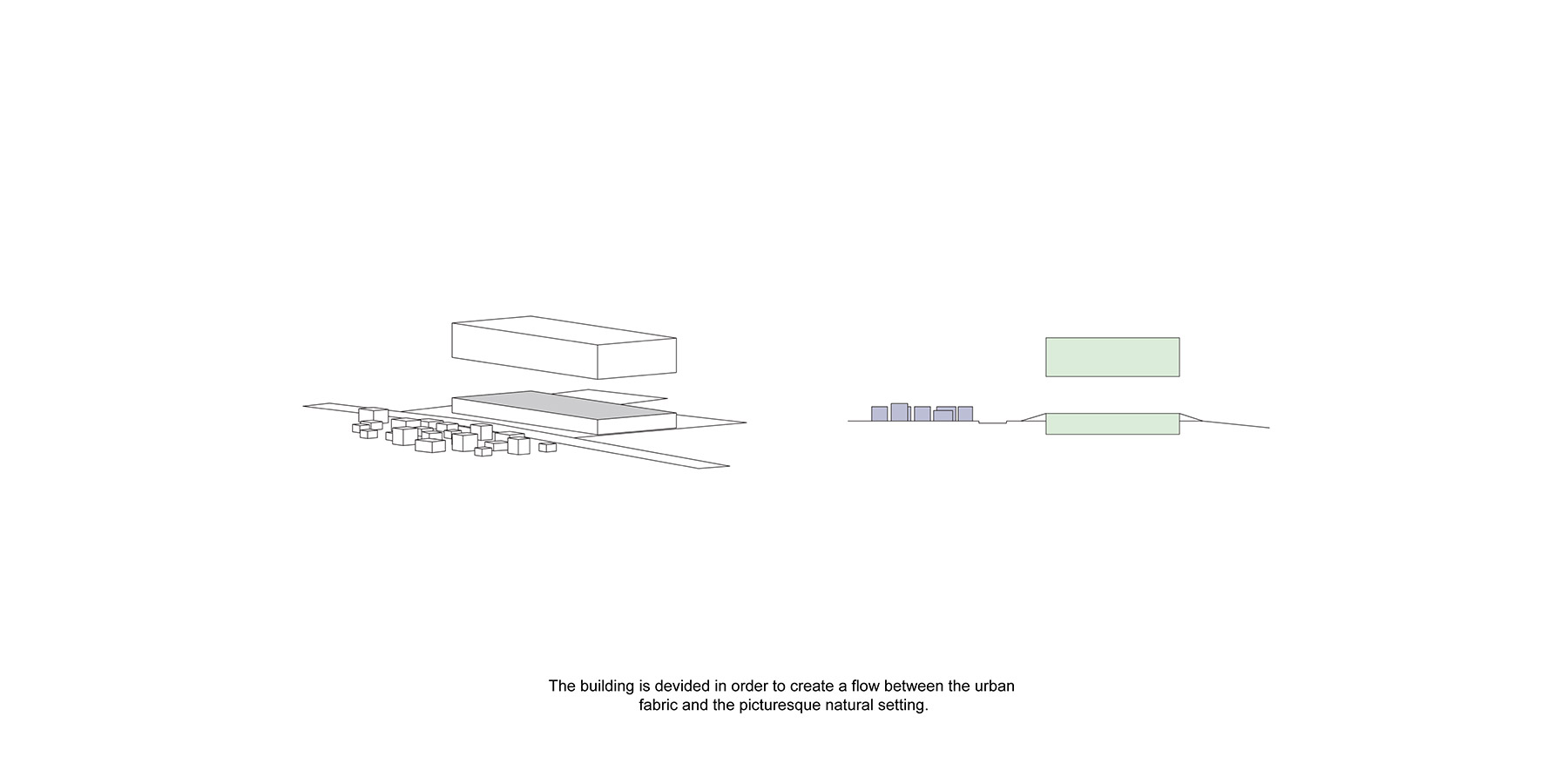 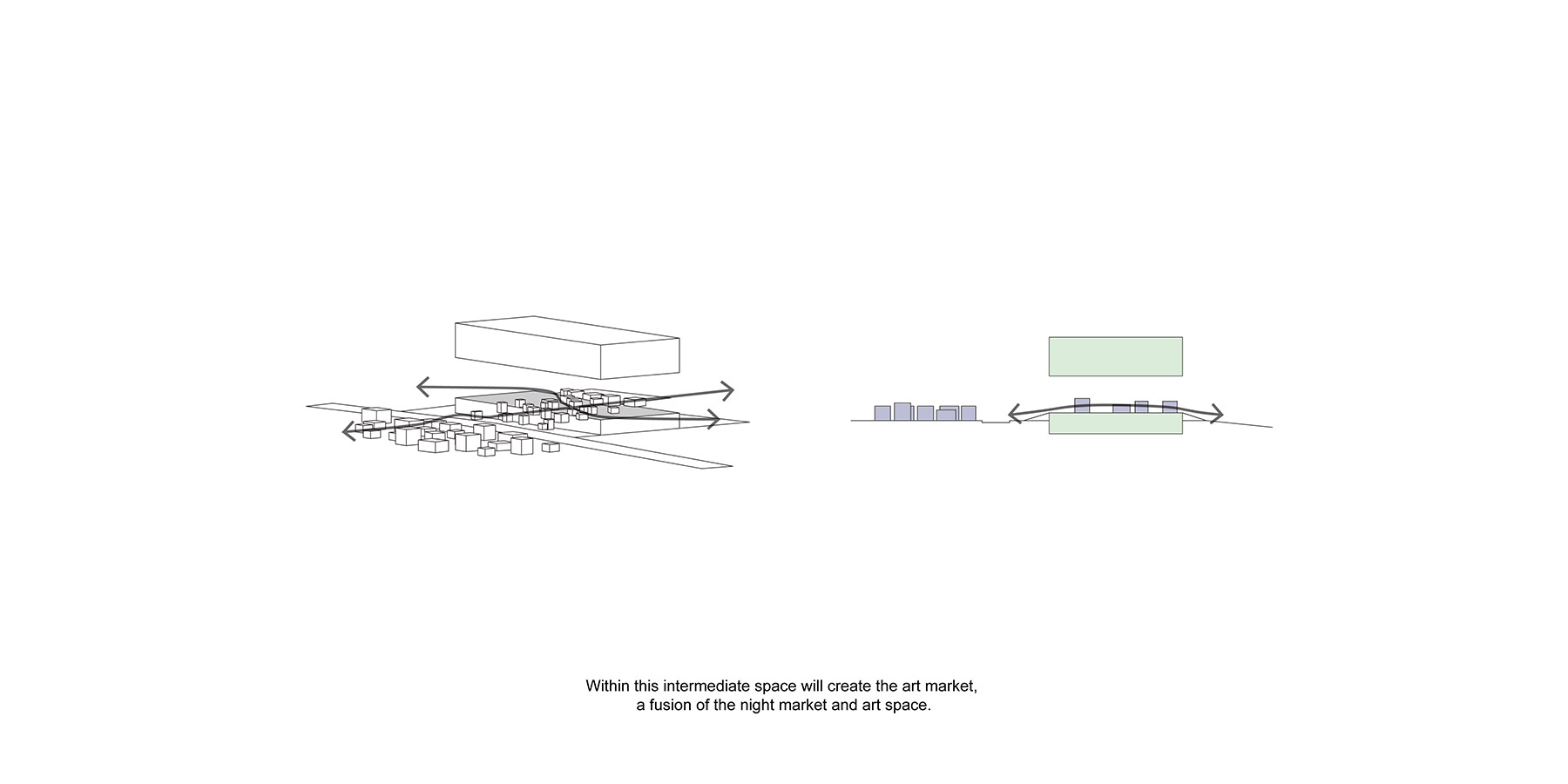 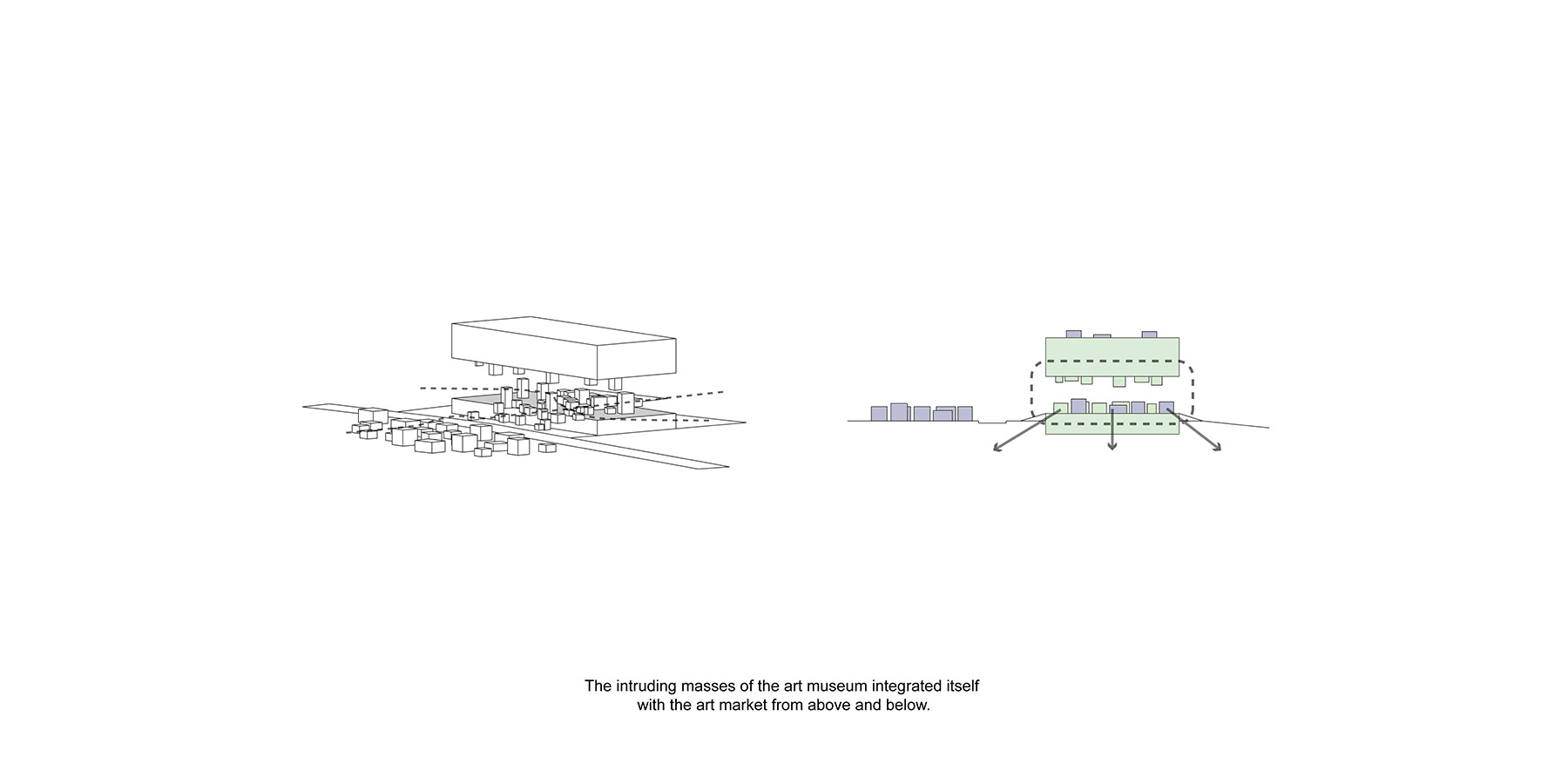 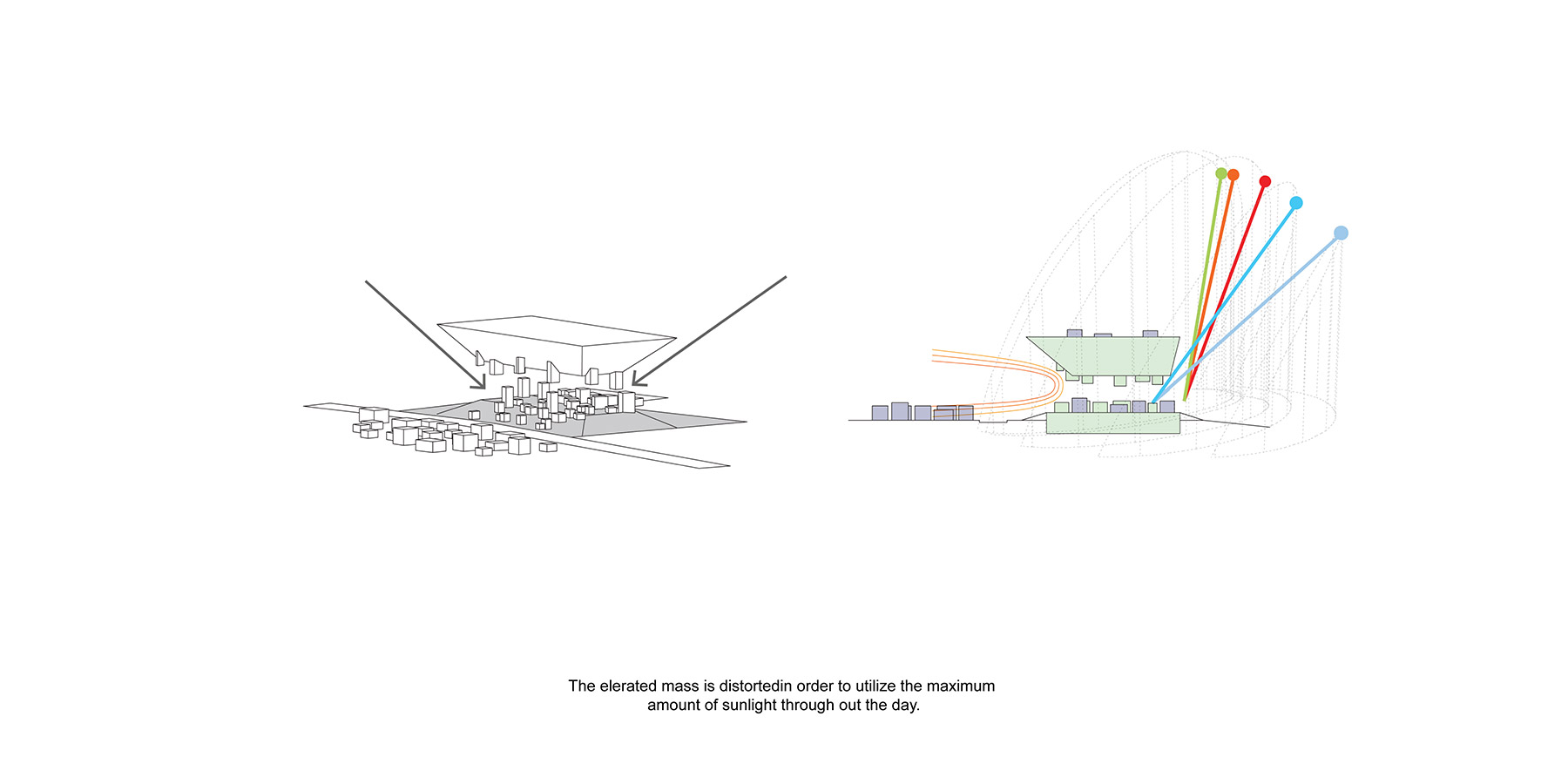 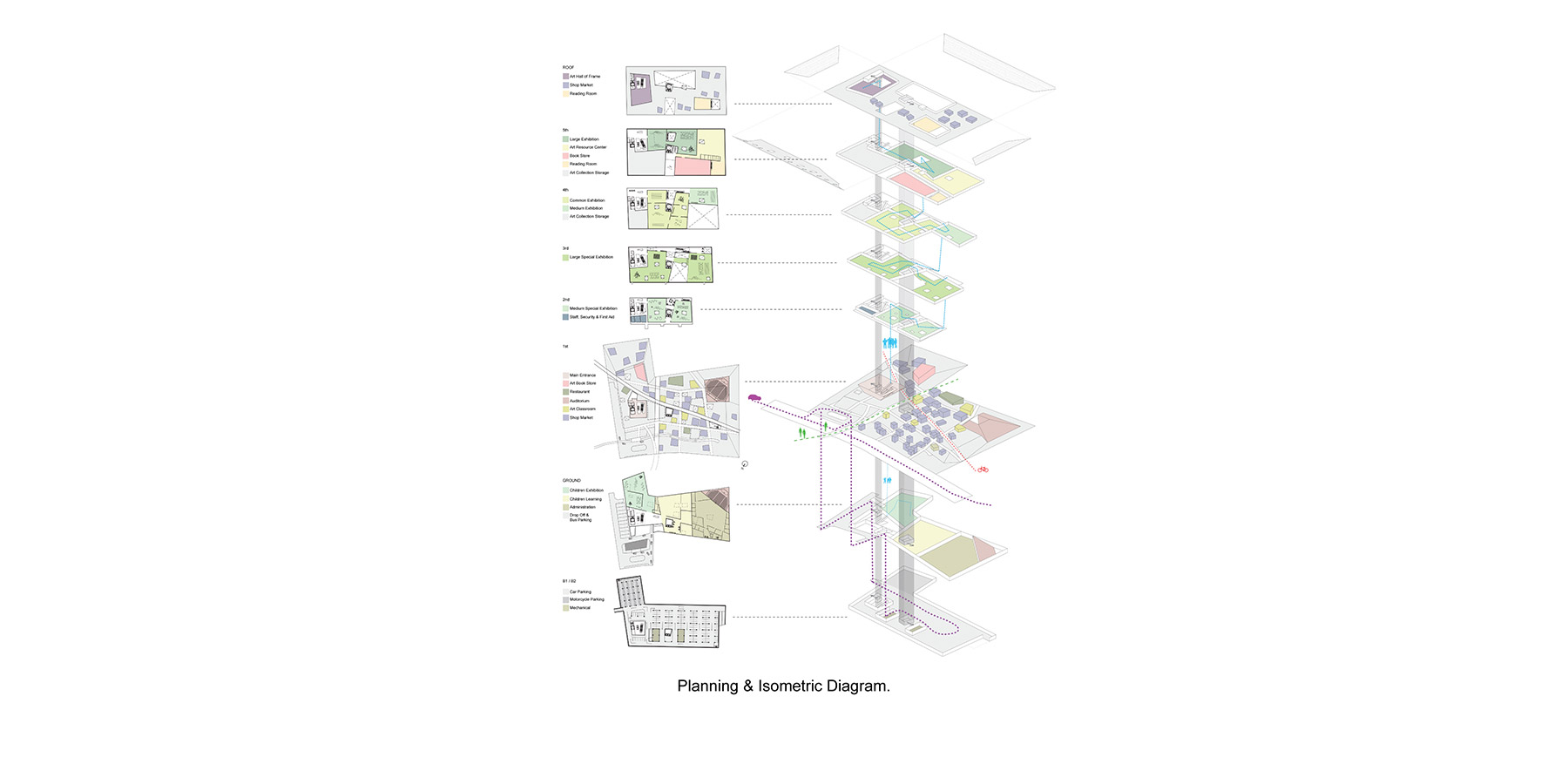 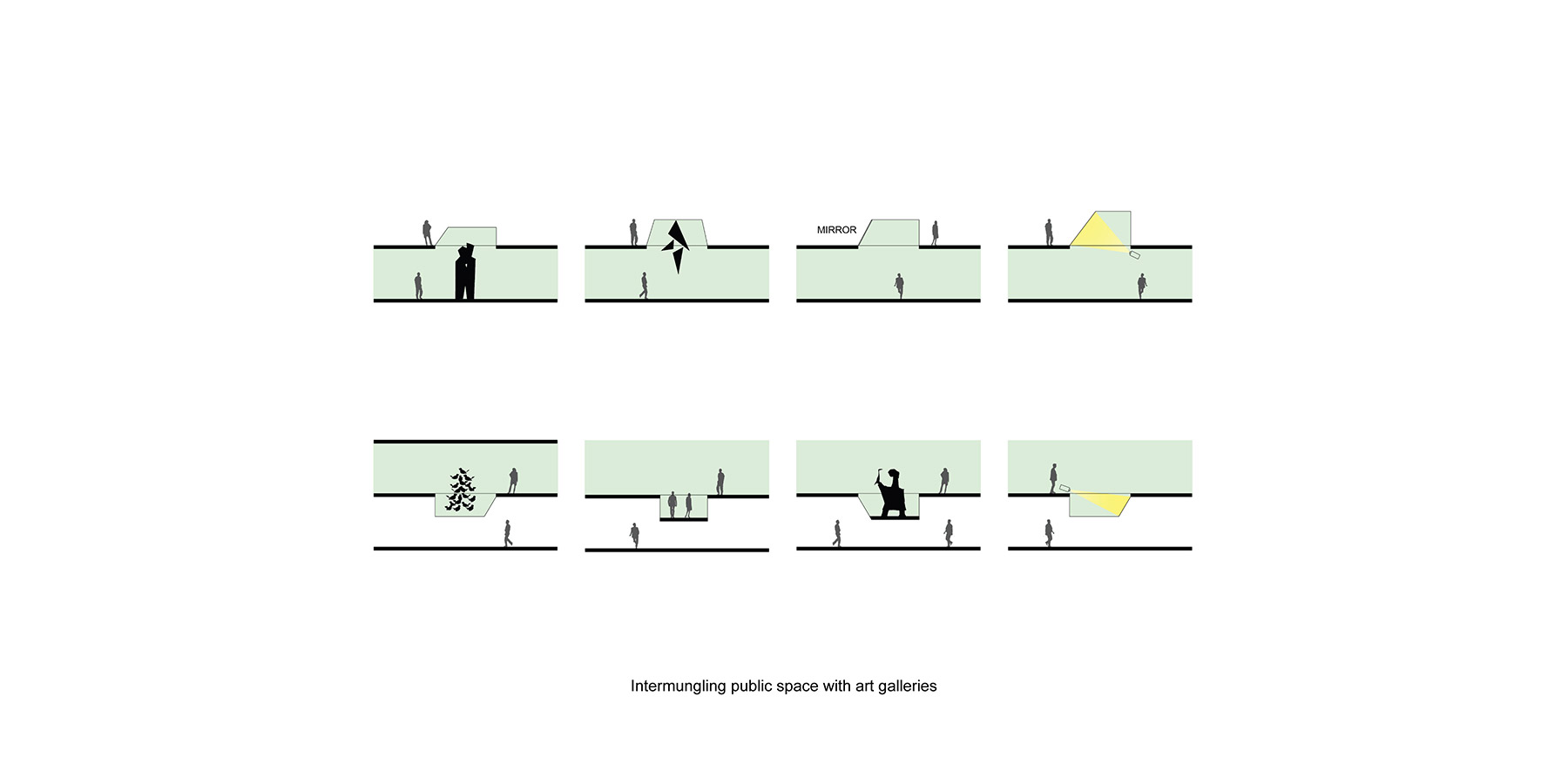 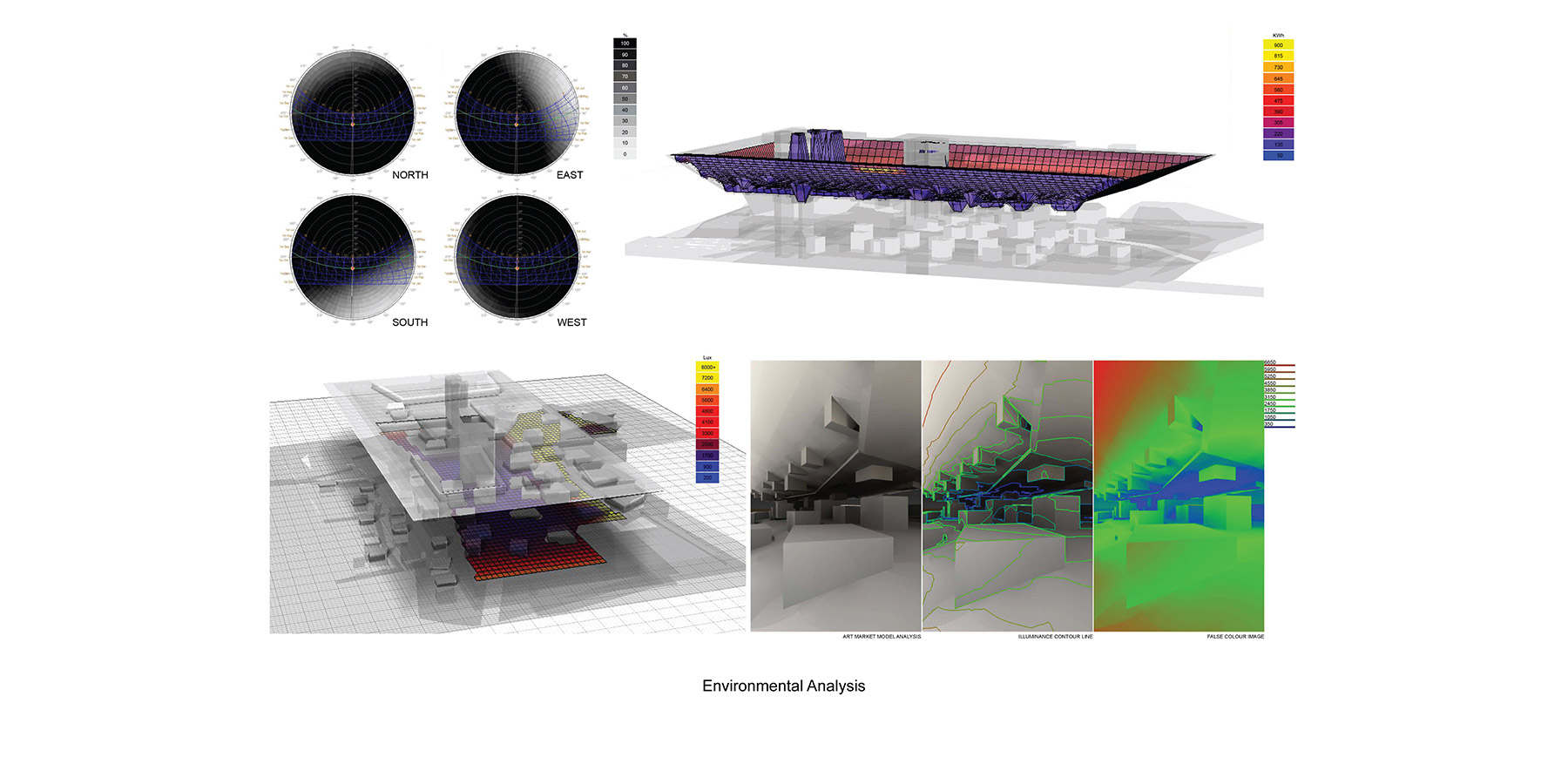 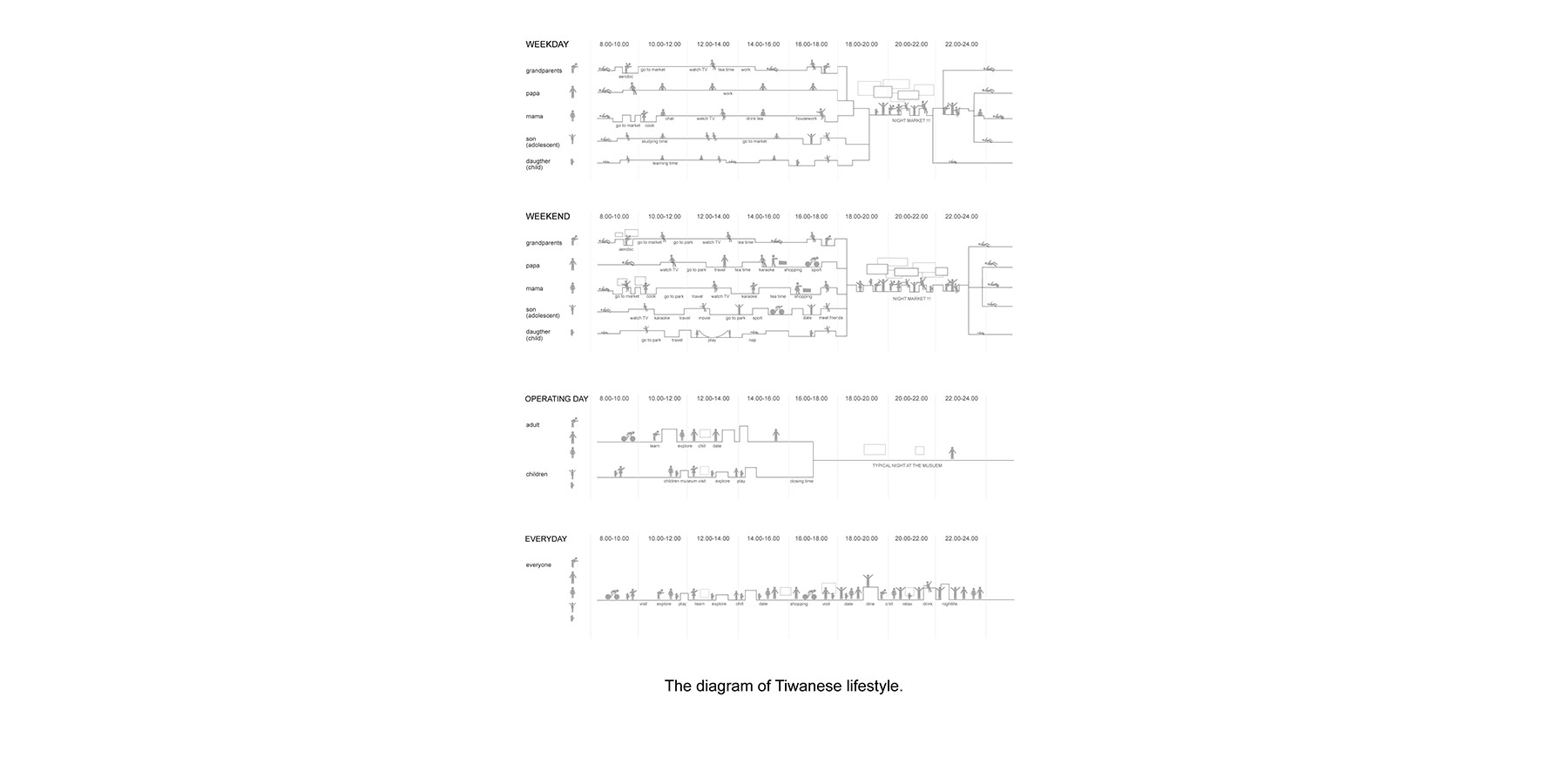 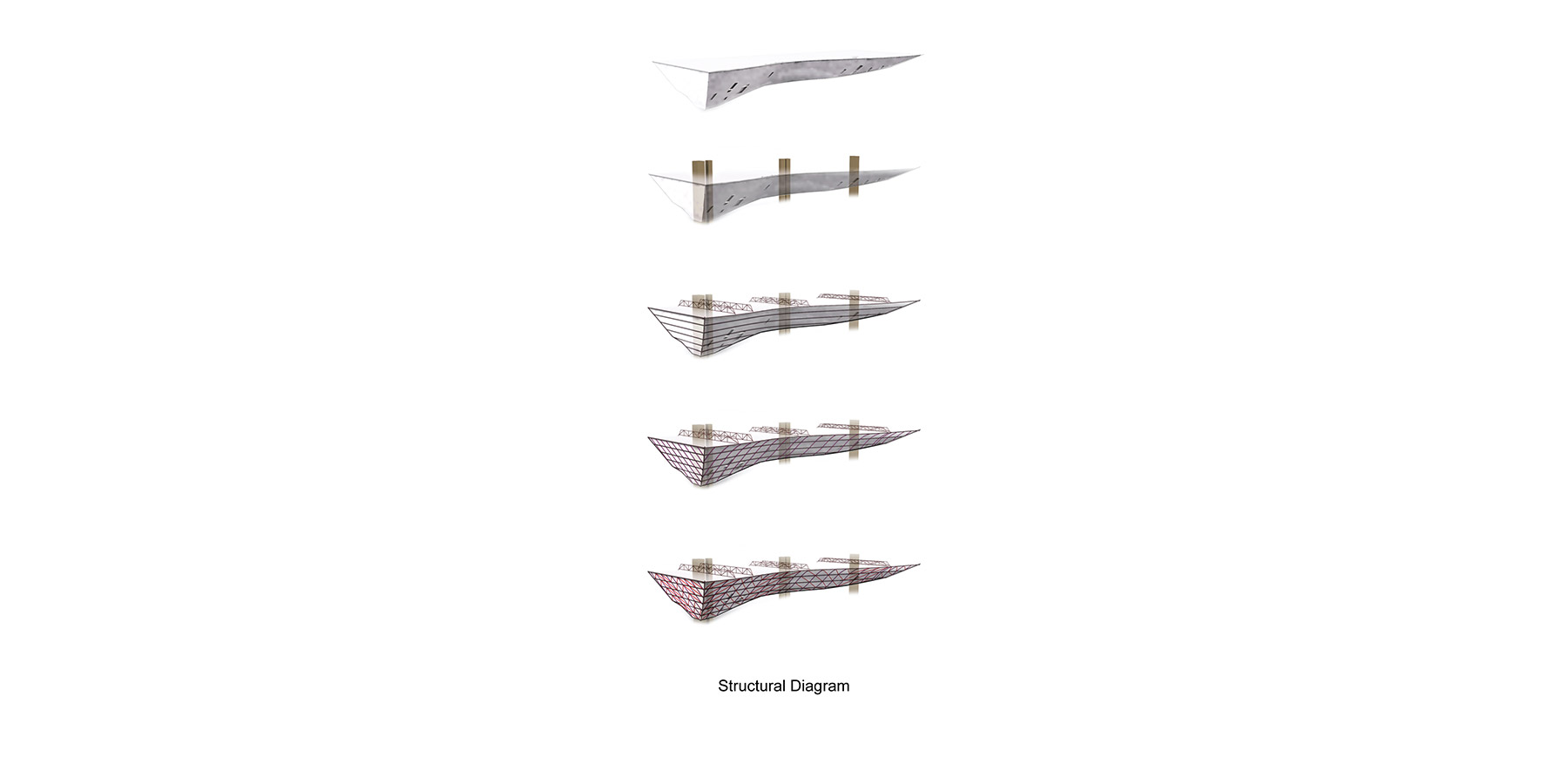 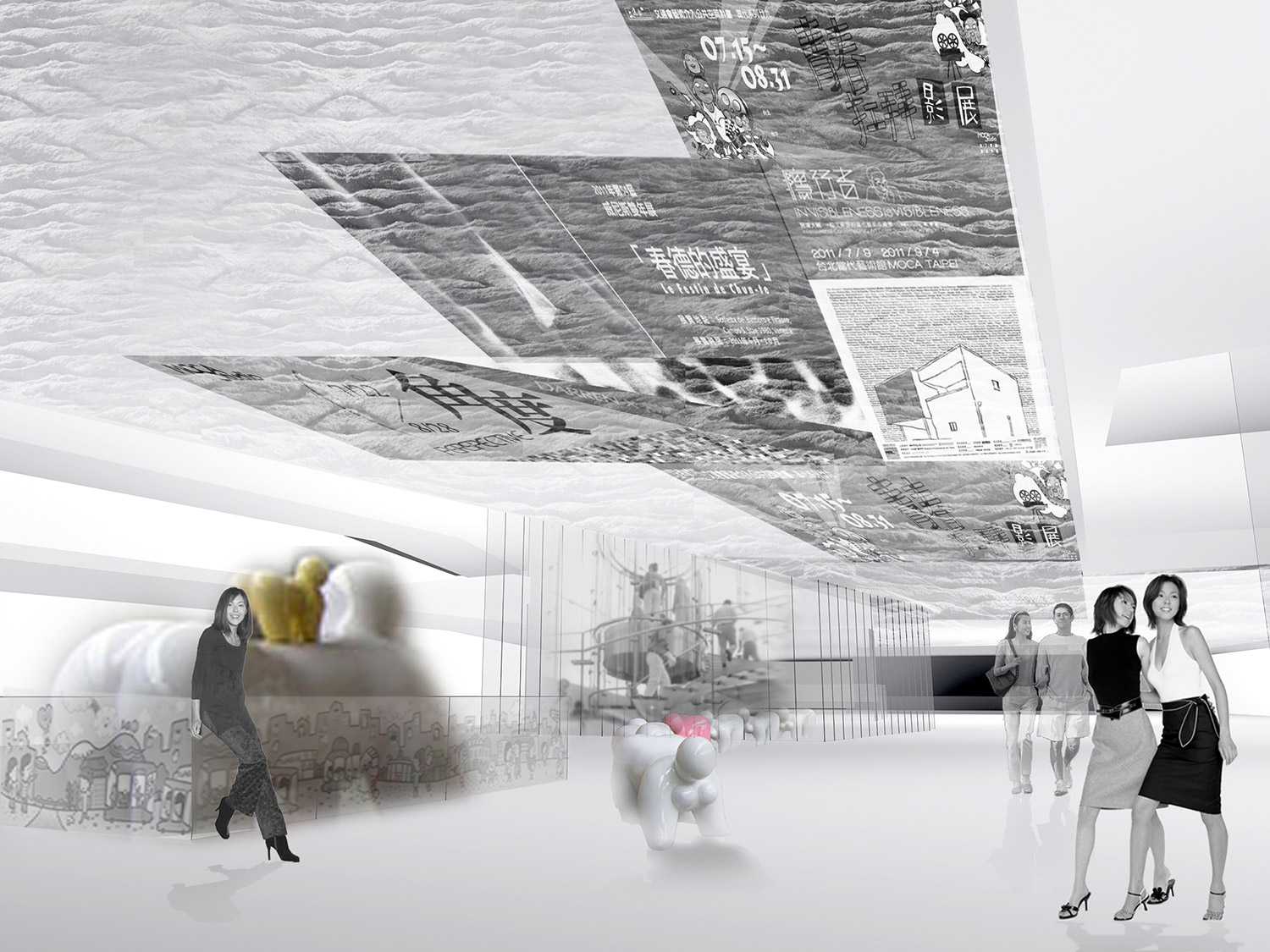